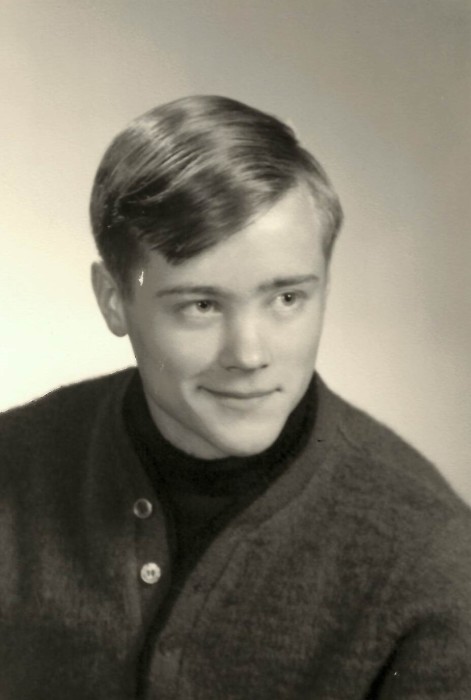 William Mark Nash, 71, of Cedar Falls, formerly of Reinbeck, died on January 12, 2020, at Mercy One Hospital in Waterloo. A Memorial Mass will be held on Friday, January 17, 2020, at 10:30 AM at St. Gabriel Catholic Church outside of Reinbeck with Father David G. Kucera officiating. Visitation will be held at the church before the service starting at 9 AM. Inurnment will be held at a later date. Memorials may be directed to the family to be donated to causes in honor of Mark at a later time. Abels Funeral and Cremation Service, French-Hand Chapel is caring for Mark and his family. Online messages of condolences may be made at www.abelsfuneralhomes.com.

William Mark Nash was born on July 31, 1948, in Waterloo, to his parents William and Gloria (Hargan) Nash. Mark attended school in Reinbeck, graduating with the class of 1966 and was an active member of the band, playing trumpet. Mark went on to attend UNI briefly, before starting a life-long battle with seizures, that forced him to leave school early prior to graduating. Mark was united in marriage to Carla Earlene Beckwith on September 23, 1967, at Queen of Heaven Catholic Church in Reinbeck. They had been classmates at Reinbeck and would later go on to date, knowing after the third date, that they were soulmates and meant to spend the rest of their lives together.  He would go on to work at his parent’s gas station, Rickerts DX, in Reinbeck. While Mark’s father had died when he was 11, he was blessed with a loving step-father Robert “Buck” Rickert, that was the best father he could have asked or hoped for. Mark would go on to work a various number of jobs, due to his medical conditions, but the desire to provide for his family was always there, and he worked hard and diligently, no matter what he had to overcome.

Mark was a homebody, he enjoyed the time that he was able to spend with his family, including his dog, Tinkerbell. In his spare time, Mark liked to collect model cars, stamps, and coins. He served as the Reinbeck Mayor for a time, something he was immensely proud of, including his letter and calls from the President during his time in office. Mark was a former member of the Lions Club.

To order memorial trees or send flowers to the family in memory of William "Mark" Nash, please visit our flower store.