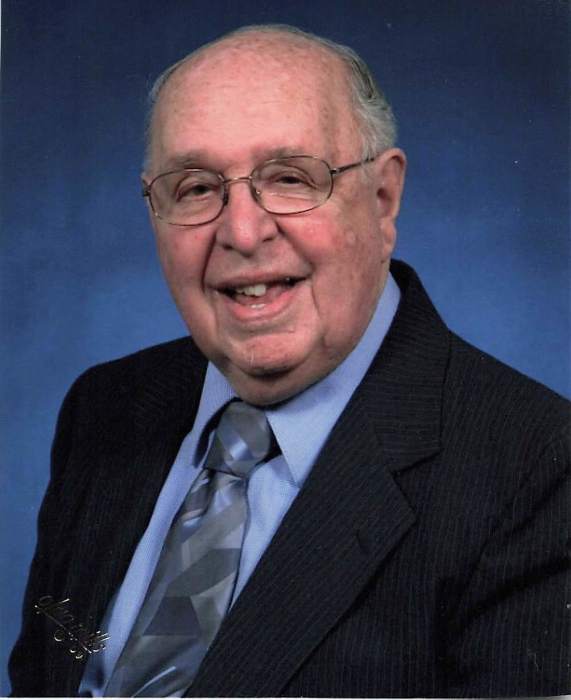 William N. “Bill” Halbach, 91, of Grundy Center, passed away on Saturday, November 16, 2019 at the Grundy Care Center in Grundy Center, while under the care of Cedar Valley Hospice. Visitation for Bill will be held on Tuesday, November 19th from 4:00 PM to 7:00 PM at the Abels Funeral & Cremation Service-Engelkes Chapel, with a 7:00 PM rosary service. Mass of Christian Burial will be held on Wednesday, November 20th at 10:30 AM at St. Gabriel Catholic Church in rural Reinbeck. Burial will follow Mass at 1:00 PM at Rosehill Cemetery in Grundy Center. Memorials may be directed to the family and messages of condolence may be left for the family at www.abelsfuneralhomes.com

Bill was born on June 27, 1928, to his parents Ernest P. & Veronica (Hemann) Halbach in rural Stacyville, IA. He grew up in the Stacyville area and graduated from Visitation High School, with the class of 1946. After high school, Bill worked on the family farm and also worked as a local farm hand. After his father’s retirement in 1952, Bill was drafted in the United States Marine Corp, where he was stationed in Japan as a clerk typist, earning the rank of Corporal. He was honorably discharged in 1954. After his return home from the military, Bill attended Hamilton College in Mason City, obtaining his Associate of Arts degree in accounting. Bill met his future wife Shirley Schafer while attending Hamilton, and the two later married on July 13, 1957, at St. Mary’s Catholic Church in Ackley. The couple welcomed 8 children into their family. Bill took his accounting degree and worked in Minnesota for several years and later worked in Grundy Center in public accounting, retiring in 1993 after many years of service. After his retirement from accounting, Bill worked for NuCara Pharmacy.

When Bill wasn’t busy working, he was very involved in his community; he was a devoted member of Sacred Heart Catholic Church in Grundy Center where he served in various roles; he was part of the Holy Name Society, director of the religious education program, where he also taught, a member of the choir, custodian and bookkeeper. He was also a charter member of the Jaycees, the Grundy Center Rotary Club, a city council member, a library board member, Grundy Center Development Corporation Board of Directors, a member of the landfill commission, and volunteer firefighter with the Holland Fire Department.  In his free time, Bill was an avid newspaper reader and enjoyed doing word searches. He was blessed with a large family and loved spending time with his children and grandchildren.

To order memorial trees or send flowers to the family in memory of William "Bill" Halbach, please visit our flower store.