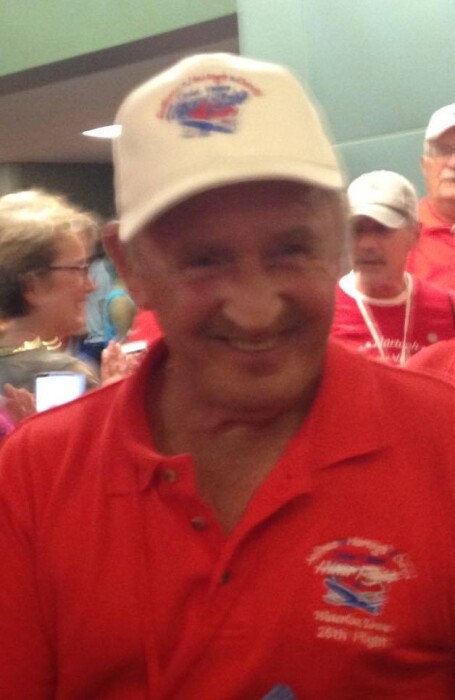 William Eugene “Gene” Richman, 71, of Grundy Center, Iowa, passed away on Monday, November 23, 2020 at Allen Memorial Hospital due to COVID-19. A visitation will be held on Tuesday, December 1, 2020 at the Abels Funeral and Cremation Service, Engelkes Chapel in Grundy Center from 10 a.m. until time of the funeral service at 11 a.m. Burial will follow at Rose Hill Cemetery in Grundy Center. Due to the Covid -19 Pandemic, masks are required for all services, both at the Funeral Home and at the Cemetery. Memorial may be directed to the family.

Gene was born on September 10, 1949 to his parents William Jr. and Jessie B. (Akers) Richman. He was raised the first five years of his life in the Leon, IA area before the family moved to Oregon state.  They lived in many communities in Oregon before Gene moved back to Leon his senior year of high school  He dropped out of school but later earned his GED in record time, 3 months.

Gene entered the United States Air Force in August 1968 and was honorably discharged in February 1971 due to a family emergency.  He was stationed in South Dakota, Texas, Illinois, and Alaska.  He went on the Cedar Valley Honor Flight on his 70th birthday in 2019.  It was an experience he would never forget.  Coming home during the Viet Nam wartime he got no recognition and the welcome home from the Honor Flight made him again proud to be a veteran.

Gene married Karen Kae Krull on July 21, 1973 at the Little Brown Church in Nashua, Iowa.  They made their home on the Krull family farm their entire married lives.

Gene managed the Gulf Station on the north edge of Grundy Center for a period of time, worked for UBC and Fullerton Lumberyards until going to work for his father-in-law farming.  He knew little about farming but learned quickly and enjoyed farm life to the end.  During the farm crisis in the 80’s he took a job at RS Bacon Veneer, working in many different departments until he was laid off and subsequently retired.  During his time at Bacon Veneer he continued to help on the farm as much as he could.

Gene’s hobby was work.  He always prided himself to be a hard worker and was always finding a new project to keep him busy – the last few years developing and building a large garden for Karen and himself.  He enjoyed raising cattle and usually had 4-10 bottle calves every summer.

To order memorial trees or send flowers to the family in memory of William Richman, please visit our flower store.