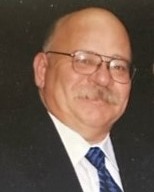 Bill was born April 29th, 1954 to Alton and Cora Bertram in Waterloo, Iowa. He was raised in the Grundy, Butler, Black Hawk counties. He attended high school in Cedar Falls and later joined the Navy. The Navy took him to IL for school and eventually the East Coast on the USS Independence.

Later in life Bill was a jack-of-all-trades working in many manufacturing roles, maintenance, and eventually supervisor roles. His hobbies were fishing, hunting, and ANYTHING outside with his family, specifically his grandchildren. His time with family was always so special.

Bill married Dena on December 24, 1997 in Waterloo. Together they made their home near Dike.

He is preceded in death by his parents, siblings- Mary Greene, Roger Bertram, Sarah Warren, Terry Bertram, and Ricky Bertram.

Burial will be private, a gathering for a Celebration of Life and luncheon will be at Noon on Friday, January 27th at the Civic Center in Parkersburg.

In lieu of flowers, memorials may be directed to the family.

To order memorial trees or send flowers to the family in memory of William James Bertram, please visit our flower store.