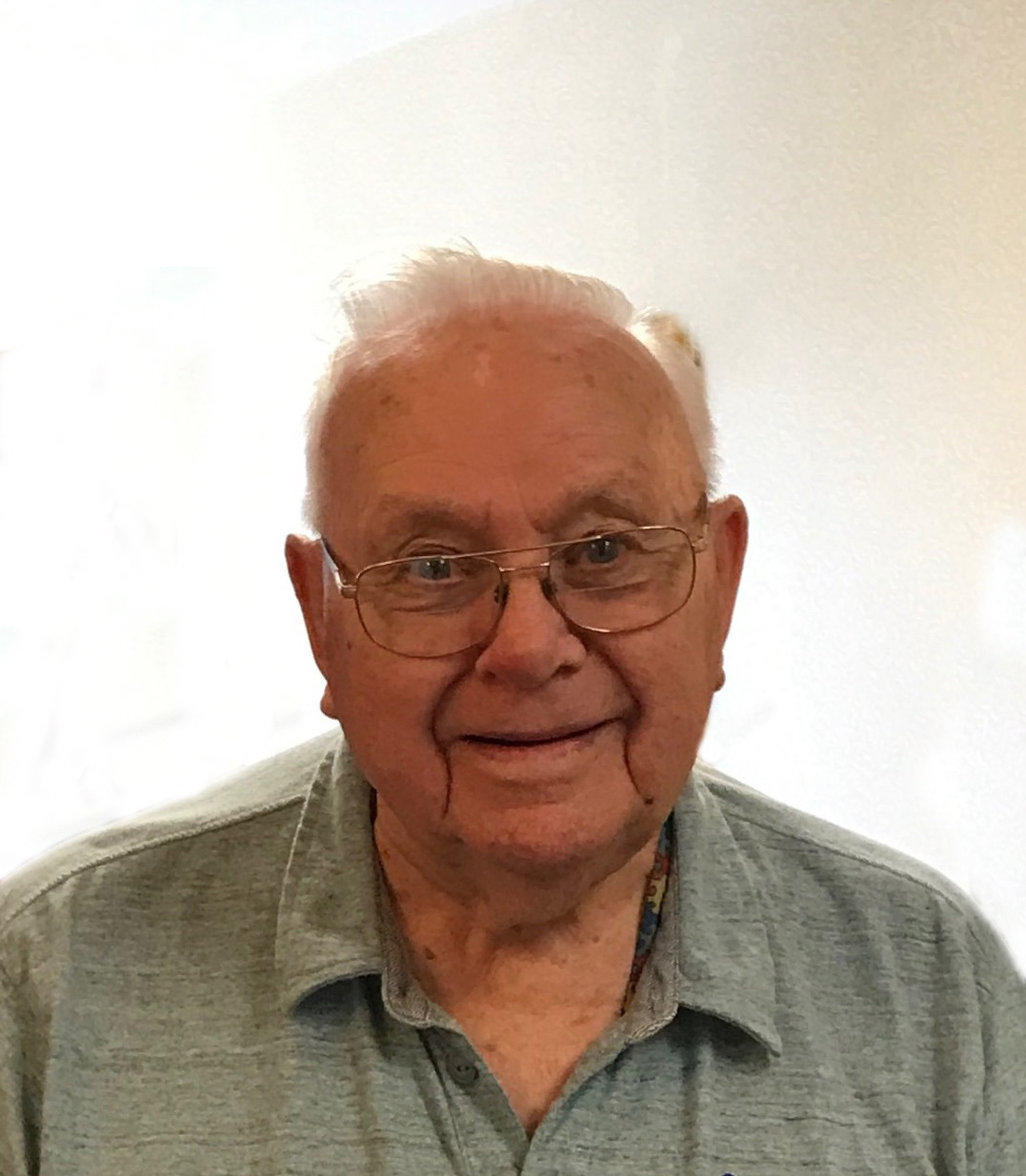 Willard B. Meeker, 97, of Eldora, Iowa died Friday, December 2, 2016 at the Mary Greeley Medical Center in Ames, Iowa. A funeral service will be held at 10:00 a.m. on Tuesday, December 6, 2016 at the Eldora United Methodist Church in Eldora with Rev. Vicki Reece officiating. Burial will follow at 2:00 p.m. at the Story Memorial Gardens Cemetery located at 3215 South Duff Avenue in Ames, Iowa. A visitation will be held from 4:00 p.m. to 6:00 p.m. at Creps-Abels Funeral Home in Eldora, Iowa. Memorials may be directed to the family for a charity of their choice.

Willard Burton Meeker, son of Herbert and Jesse Baker Meeker was born on November 2, 1919 in rural Hubbard, Iowa. He attended Meeker Country School and graduated from Iowa Falls High school in 1937. On January 21, 1941 he married Mary Ardene Hockett at Chester Friends Church in Union, Iowa. Willard grew up on a farm and continued farming for many years. After farming, he worked as an electrician for the Iowa Department of Transportation until his retirement. The couple lived in Huxley for several years until moving to Eldora in 1994. Willard was very active in community service, especially Meals on Wheels where he was a volunteer for many, many years. He loved wood working, jigsaw puzzles and candy making. He was known in Eldora as the man with the walking stick. Willard was a member of the Eldora United Methodist Church.

In addition to his loving wife Mary, he was preceded in death by his two daughters, Joan Meeker and Dorothy Bear; granddaughter, Angela Bear; son-in-law, Earl Reece and two brothers, Lee and Dale Meeker.
To order memorial trees or send flowers to the family in memory of Willard Meeker, please visit our flower store.