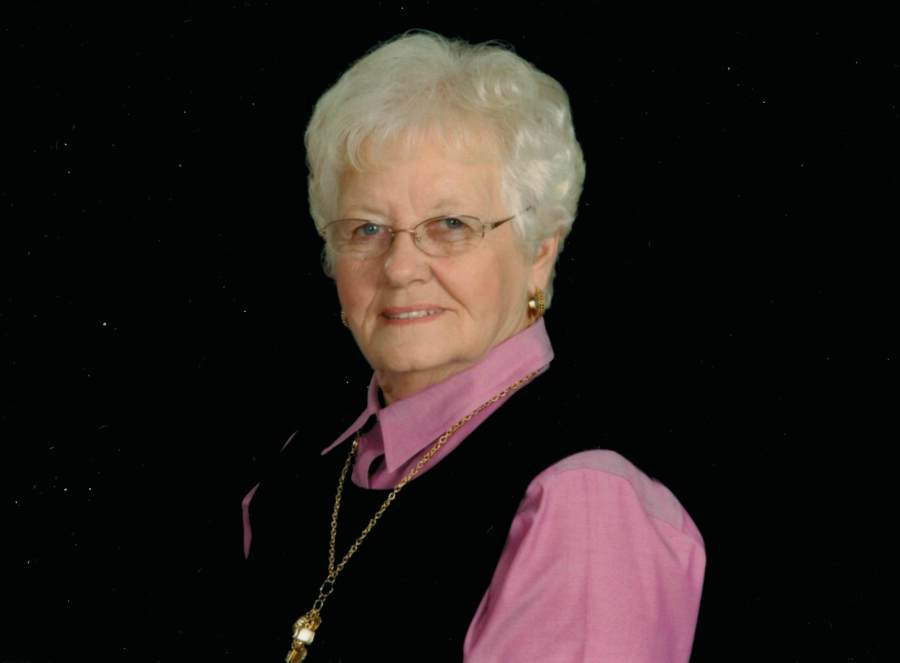 Willie was born on June 12, 1933 in rural Grundy County, Iowa; to her parents Harm and Fannie (Engelkes) Vander Holt. She was raised on the family farm in Grundy County and graduated from Parkersburg High School. Willie was united in marriage to Ben T. Van Hove on August 5, 1955. Together they made their home in Steamboat Rock and welcomed their two daughters Shirlee and Lori into their family. Willie was a homemaker and mother for most of her children’s lives, but then went to work at Infant Seat in Eldora. Later in life she took many part-time jobs just to keep busy.

Willie attended First Presbyterian Church in Steamboat Rock. She loved to garden and kept many African Violets in the home. Willie also was an avid baker and was known for her pies. She loved to read and served on the Steamboat Rock Library Board. Willie and Ben loved to travel on bus trips, and together they saw much of the country. Her true joy life came from her family, especially her children and grandchildren.

To order memorial trees or send flowers to the family in memory of Wilhelmina Van Hove, please visit our flower store.