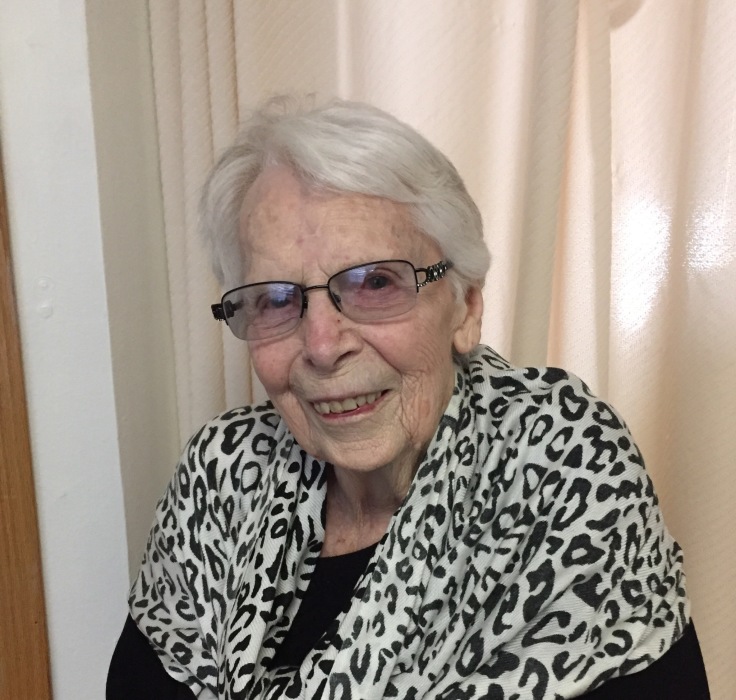 Viola M. “Vi” (Meyer) Peters, 97, of Wellsburg, IA, was born into eternity on Tuesday, January 1, 2019.  A funeral service will be held at 10:30 a.m. on Friday, January 4, 2019 at the Wellsburg Reformed Church. Burial will follow in the Wellsburg Reformed Church Cemetery.  Visitation will be held prior to the funeral service at the church from 9:00 a.m. until 10:30 a.m. Ables Funeral Home is caring for Viola and her family.  Memorial donations may be directed to the family.  A charity will be chosen at a later date.

Viola Marie was born at the home of her parents, Harm J. and Rachel (Meyer) Meyer, on December 7, 1921.  She was united in marriage to Harris Peters at the Colfax Center Presbyterian Church in rural Holland, on July 20, 1945. He preceded her in death January 26, 1984.  The last few years Viola has been a resident at the Grundy Care Center.

Viola graduated from Wellsburg High School in 1940.  During her junior year, she was a member of the 1939 State Champion girls’ basketball team and chosen All-State guard.  After graduation, Viola attended the American Institute of Commerce (AIC) in Davenport, IA, and continued playing basketball.  She enjoyed a distinguished basketball career at AIC, leading the school to two consecutive National AAU Championships (‘43 and ‘44), and was named an All-American player (’42, ’43 and ‘44).

In 1961, the Iowa Girls High School Athletic Union established a new award, nicknamed the “VICKI” (short for “Victorious”), to recognize outstanding high school basketball players. Viola was the first recipient of the prestigious VICKI award, and she was one of the first eight players selected to the Iowa Girls High School Basketball Hall of Fame. Her VICKI trophy is proudly displayed in the Wellsburg high school trophy case.

Viola’s tremendous work ethic, which was nurtured on the basketball court, served her well throughout her life.  She was a hard working farm wife, mother and homemaker; never shying away from a job to be done. She enjoyed gardening, canning, sewing and especially, cooking.  Lemon meringue was her signature pie.  Besides working on the family farm, Viola worked as secretary to the elementary school principal, AGWSR, retiring in 1992.  She was a member of the Wellsburg Reformed Church where she was involved in Ladies Guild and Bible Study.  She taught catechism and Sunday school for a number of years. She was also a member of Shiloh Homemakers.

To order memorial trees or send flowers to the family in memory of Viola Peters, please visit our flower store.