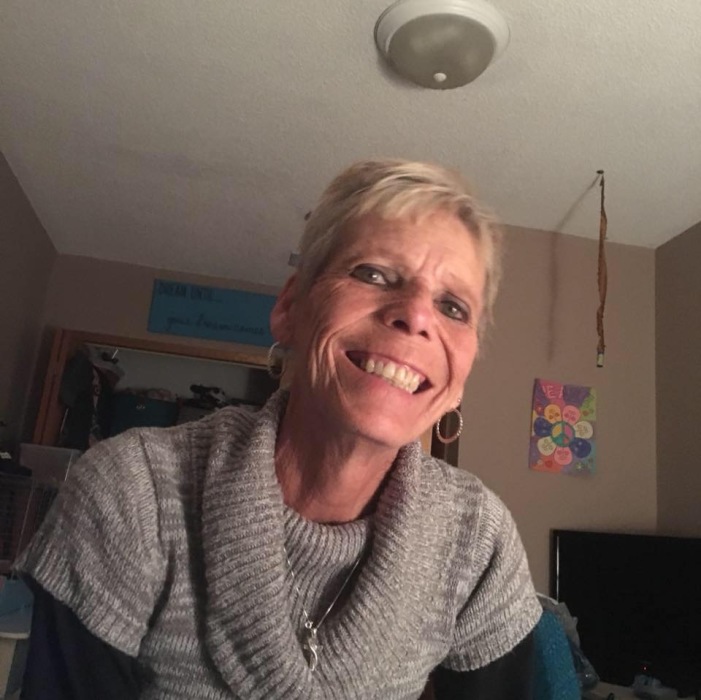 Monday June 10th, 2019, Victoria Lynn Risius passed away at the young age of 62 after a 6 year battle with cancer.

Vicki was born April 2nd 1957 in Nevada, Iowa to Loren & Jean Goodknight, she was the oldest of 3 children. Vicki graduated from Eldora High School in the class of 1975. That same year she married Denny Frerichs and had their daughter Heather Frerichs. The marriage lasted a year.

In 1977, she married Randy Risius adding 3 more to their family, Chad Risius in 1981, Kristi Risius in 1982 and Amber Risius in 1983, they made their home on a farm outside of Union, where she played an active role in all duties. The marriage ended in 1996. She then moved to Arizona making that here home until 2015.

Vicki had a love for the elderly; her whole career was dedicated to them. Starting in Marshalltown, IA at Westwood Care Centers and all the way to Youngstown, AZ, where she was the director of assisted living. Staying until her health would not allow it. She moved back home in 2015 when her cancer returned to be with her family. We fought with her every step of the way.

A celebration of life will be held at 12 p.m. on June 29th at the Boat Club in Steamboat Rock.

Written with love by Vicki's family.

To order memorial trees or send flowers to the family in memory of Victoria Risius, please visit our flower store.