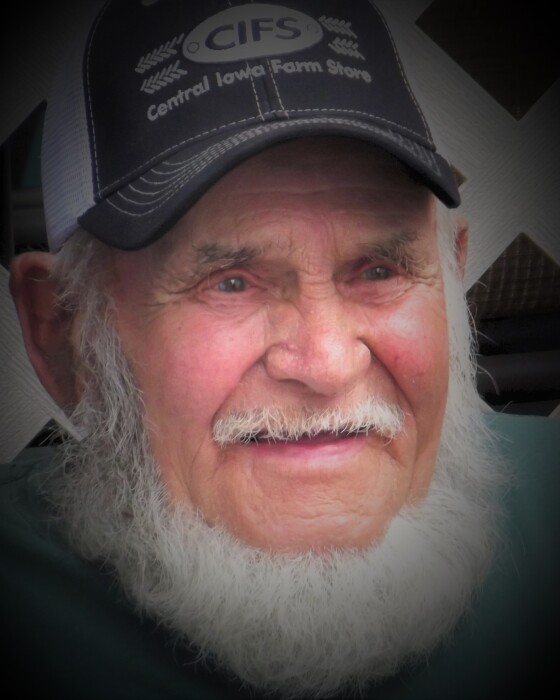 Veryl W. Hammond, 92, of Eldora, Iowa, passed away on Thursday, June 24, 2021 at Eldora Specialty in Eldora, Iowa. A visitation will be held on Wednesday, June 30, 2021 from 10:00 a.m. until time of the funeral service at 12 noon, at Abels Funeral and Cremation Service, Creps Chapel in Eldora. Burial will follow at the Eldora City Cemetery. Memorials may be directed to the family.

Veryl was born on August 27, 1928 to his parents Andy and Zola Hammond. He was a farm machinery mechanic by trade, and a farmer for many years at his place in Hardin County. Veryl was united in marriage to his wife Rita on October 11, 1947, together they welcomed 7 children into their family.

Veryl loved to tinker on cars, tractors, and any farm equipment. He liked family gatherings and really enjoyed time with his grandchildren, especially when they were babies.

Veryl is survived by his daughters Merna, Rose (David), and Susan (Darren) and his sons Jerry (Joan) and Bob (Deb); 11 grandchildren and 12 great-grandchildren. He was preceded in death by his parents; wife Marita “Rita”, daughter Linda and son David.

To order memorial trees or send flowers to the family in memory of Veryl Hammond, please visit our flower store.