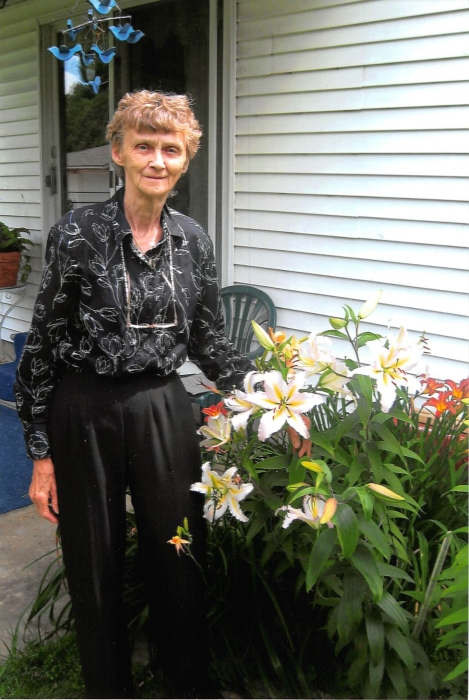 Verlyn was born on February 3, 1927 in rural Holland, Iowa, the daughter of Paul and Bena (Tjepkes) Andreessen. She graduated from Grundy Center High School in the class of 1945. Verlyn was united in marriage to Ernest Henze on November 28, 1947 at the Colfax Center Presbyterian Church in rural Holland. Ernest passed away on July 28, 2008.

Verlyn was a homemaker, sold Avon and in 1967 began working at J.C. Penny. After hard work and dedication she was promoted to manager in 1979 and retired in 1985.

She was a member of the Colfax Center Presbyterian Church. Verlyn loved being outside and was a master at gardening and growing flowers. She won many ribbons at the Grundy County Fair for flower arrangements and vegetables. Her greatest reward was sharing her produce with family and friends. She was a wonderful mother & grandmother and enjoyed 61 very happy years with her husband Ernie, the love of her life. Her true joy in life was her Christian faith and her family.

Verlyn is survived by her son Paul (Linda) Henze of Marion, Iowa; granddaughters Anne and Lisa Henze; sister JoAnn (Joe) Junker and many nieces, nephews and extended family. She was preceded in death by her parents; husband Ernest and sister Roszella Seehusen.

To order memorial trees or send flowers to the family in memory of Verlyn Henze, please visit our flower store.