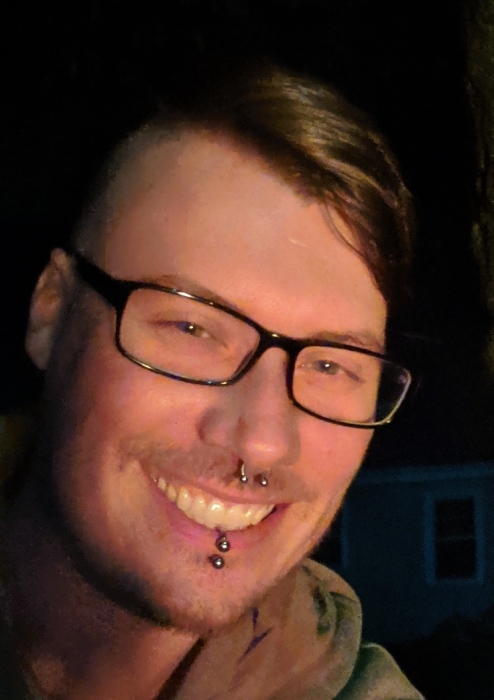 Tobi “TJ” Van Hauen, 32, of Reinbeck, passed away on Sunday, July 14th in rural Hudson, as the result of an automobile accident. Visitation for TJ will be held on Sunday, July 21st from 4:00 PM to 8:00 PM at Abels Funeral & Cremation Service-Engelkes Chapel in Grundy Center. A Celebration of Life Service will be held on Monday, July 22nd at 10:30 AM at the Engelkes Chapel. Following the service, the burial will be held at the Oak Hill Cemetery in Parkersburg. A luncheon will follow at the Parkersburg Memorial Hall. Memorials may be directed to the family, where they will donate to a charity close to their heart in Tobi’s name, at a later time.

TJ was born on July 15, 1986, in Waterloo, to his parents Lance & Sheree (Matthews) Van Hauen, their only child and son, the light of their lives. TJ was raised in Reinbeck, where he attended school, graduating with the class of 2004. He then attended Kirkwood Community College in Cedar Rapids. When he was 18, TJ wanted to ‘spread his wings’ and moved to Boulder, Colorado, a special place in his heart where his mom was from. While there, he worked for Frito Lay and Best Buy. After 2 long years in Colorado (his family missed him so much being that far away!), he moved to Iowa City and worked for UPS, and also traveled back to Reinbeck frequently to work part time for his dad at the family business, Van Hauen Auto and Truck. He then found his way back to his hometown of Reinbeck and began his career working as a machinist at Viking Pump in Cedar Falls. He was proud to be able say that in October of last year, he had made 10 years with the company. While at Viking Pump, he continued to work alongside his dad.

In 2015, TJ had the greatest gift given to him, his son and best friend, Lance Lee “LJ” was born. Fatherhood was a natural gift to TJ. Everything he did in life, was for his son. They did everything together and just like TJ’s love of cars, one of the most treasured things TJ and LJ did together was ‘restore’ matchbox cars.

TJ enjoyed long-shot shooting, traveling, gaming and riding his motorcycle. He was a lover of life! He was kind, smart, courteous, a good listener, a loyal friend, had a contagious laugh and genuine smile, the list goes on and on. Anyone that met TJ would shake his hand and know they had a friend for life. He was a believer in God. He knew that in good times and in bad, God was right there with you. His sudden passing will leave a void that can never be filled but his family wants everyone to know how much TJ was loved and how much he will be missed. Never forget TJ! His memory will live on in your hearts forever.

To order memorial trees or send flowers to the family in memory of Tobi "TJ" Van Hauen, please visit our flower store.
Open