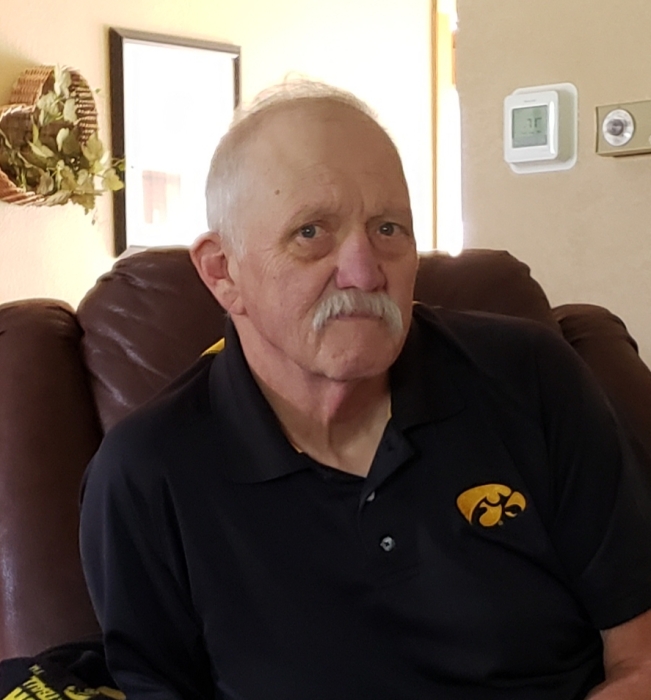 Tim was born on September 28, 1949, in Waterloo, Iowa, to his parents George & Minnie (Siebenga) Schmidt. He and his family lived on a farm outside of Holland. Tim attended country school and later graduated from Grundy Center High School. After high school, Tim worked a few odd jobs but began his 48-year career at Richelieu Foods (formerly Western Dressing) in Grundy Center, where he met and married the love of his life, Pamella Hulne. They were united in marriage on June 22, 1973 at Sacred Heart Catholic Church in Grundy Center. The couple welcomed 2 children into their family.

In his spare time, you could find Tim at his favorite ‘watering hole’, Scotty’s Saloon, where he enjoyed socializing. You might have even caught him in there dancing too. Tim was an avid Iowa Hawkeyes fan, especially Hawks football. He was a former Grundy Center Jaycees member, he enjoyed golfing, fishing and bowling but what brought the most joy to Tim, was spending time with his family, especially his 6 precious grandchildren.

Tim was a very hard worker, a ‘simple man’. Things won’t be the same without him, but stories and memories will bring comfort to his family in the times ahead.

He is survived by his wife Pam of 46 years, of Grundy Center; children Susan Schmidt and Scott (Mindy) Schmidt, both of Grundy Center; grandchildren Hazel, Jeffery (Kristin), Austyn, Baylee, Jessa and Bubba; sister Marge (Dave) Diamond of Whitten and brothers Steve (Deb Mettlin) Schmidt and Bill (Beth) Schmidt, both of Marshalltown. Tim was preceded in death by his parents; brother Chuck Schmidt.

To order memorial trees or send flowers to the family in memory of Timothy Schmidt, please visit our flower store.