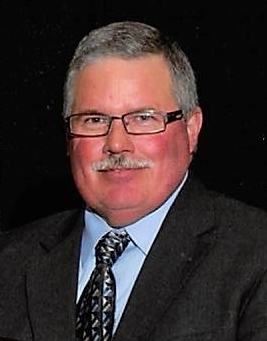 Tim was born on July 27, 1955 at the Grundy Center Memorial Hospital, to his parents Leonard and Donna (Dudden) Ralston. He was raised in Grundy Center and graduated from Grundy Center High School in the Class of 1974. He worked for the family business, Dudden's Clothing Store until it closed in 1991. After being a substitute rural mail carrier, he became a full time carrier in 1996. Tim was united in marriage to Coleen Van Deest on April 26, 1980 at the Bethany Presbyterian Church in Grundy Center. Together they welcomed their son TJ into their family.

Tim was a member of the Bethany Presbyterian Church. Tim served on the Grundy Center Fire Department for over 39 years. During that time, he was also an ambulance driver. Tim loved his 26 years as a state high school football official and the friendships he made with his crew members. Tim loved sports, he was an avid golfer and fast pitch softball player. He was a big fan of the Chicago Bears, Iowa Hawkeyes and the St. Louis Cardinals. Tim's true joy in life came from spending time with his family, especially his three grandsons.

Tim is survived by his wife of 36 years Coleen of Grundy Center; son TJ (Lacy) Ralston of Jefferson City, MO; grandsons Brenden, Brock and Landon Ralston; mother Donna Ralston of Grundy Center; sisters Debbie & Patti Ralston, both of Omaha, NE and brother Dave (Janet) Ralston of Scottsdale, AZ; nieces Emily Ralston of Tulsa, OK and Emily Dean of New York, NY; nephews Eric (Heather) Ralston of Tulsa, Ok and Nick Dean of Las Vegas, NV. He was preceded in death by his father Leonard Ralston; and many aunts and uncles.
To order memorial trees or send flowers to the family in memory of Timothy Ralston, please visit our flower store.