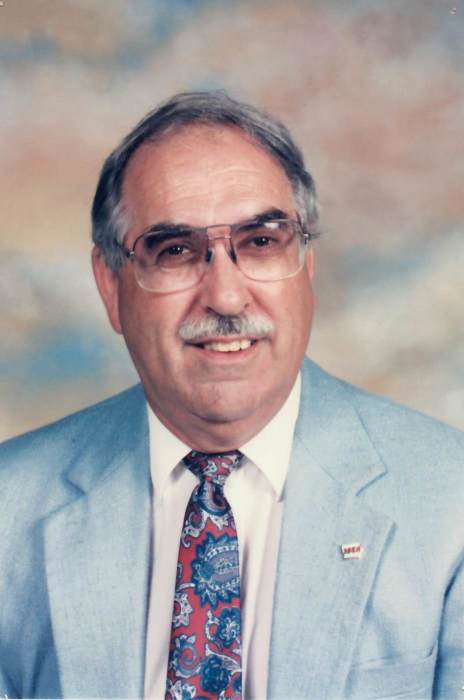 Stanley Ralph Van Hauen, 87, of Dike, passed away on October 5, 2018 at Allen Memorial Hospital in Waterloo. A memorial gathering will be held Thursday, October 11 from 5-8 PM at Engelkes-Abels Dike Chapel in Dike. An inurnment service will follow on Friday, October 12, at 10:30 AM at Elmwood Cemetery in Dike with military honors performed by the Dike American Legion. Memorials may be directed to the family to be donated to a local cause at a later date. Engelkes-Abels Dike Chapel is caring for Stan and his family. Online condolences may be made at www.abelsfuneralhomes.com

Stanley Van Hauen was born on May 27, 1931 in Cedar Falls to his parents Floyd and Emily (Bannor) North. Stan later became a Van Hauen when his mother remarried during his childhood. He attended school in Cedar Falls graduating with the class of 1949. Stan was drafted in the Army during the Korean War and served his country honorably, being stationed in Puerto Rico during the war. Stan returned from the war to start teaching at the Dike High School, teaching social studies. Stan was united in marriage to Marlys Struck on August 9, 1958 and together they had three children, Ann, David, and Ellen. He went on to attend the State College of Iowa receiving his masters degree. Stan and Marlys divorced in 1985.

Stan was very involved in the Dike community and was passionate not only in influencing the minds of students, where he taught in the Dike School District for over 38 years, but trying to better the community for all its residents. He was avid about his duties as an educator and especially enjoyed when students engaged him in the classroom. He held many memberships and was a part of many committees including being on the Dike City Council for over 40 years and was very involved in the Democratic Party. Stan enjoyed folk music and spending time with his family, especially his grandchildren.

To order memorial trees or send flowers to the family in memory of Stanley Van Hauen, please visit our flower store.