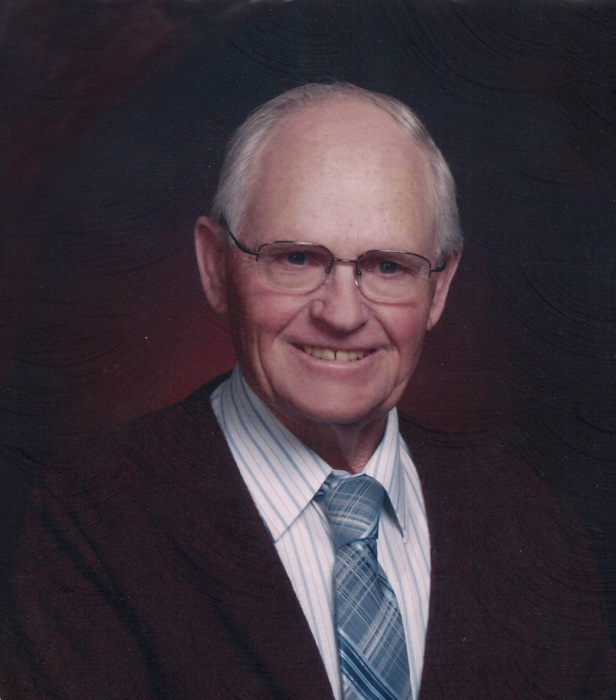 Stanley L. Chvojka, 89, of rural Hudson, Iowa died Thursday, February 1, 2018 at Covenant Medical Center in Waterloo, Iowa.  A funeral service for Stanley will be held at 11:00 a.m. on Thursday, February 8, 2018 at the Community Church of Hudson in Hudson, Iowa.  Burial will follow at the Reinbeck Cemetery in Reinbeck, Iowa with graveside military rites conducted by the American Legion Post #242 of Reinbeck.  Visitation will be held prior to the funeral service from 9:00 a.m. until 11:00 a.m. on Thursday at the Church.  French-Hand Funeral Home in Reinbeck is caring for Stanley and his family.

Stanley Louis Chvojka, son of Frank and Mary (Cufr) Chvojka was born on December 18, 1928 on the family farm south of Hudson, Iowa.  He received his education from Hudson Country School and graduated from Hudson High School in 1946.  On June 21, 1950, Stanley married Betty Boll at Bethany Presbyterian Church in Grundy Center.  In February of 1952, he entered the United States Army in which he honorably served until February of 1954 .  Stanley farmed with his wife Betty on the family farm until they retired in the mid 1970’s.  He then worked as parts manager at Ace Fogdall’s RV Center in Cedar Falls until retiring in 1990.  Stanley was a member of Lodge Horymir #86. He enjoyed photography, music, traveling, camping and especially enjoyed spending time with his family.  He also played the Accordion in Moeller’s Accordion Band for many years and was a huge Iowa Hawkeye fan!

In addition to his parents, he was also preceded in death by his brother, Lester and his loving Cat, Piper.

Memorials may be directed to the family to be donated to a charity of their choosing in memory of Stanley.

To order memorial trees or send flowers to the family in memory of Stanley Chvojka, please visit our flower store.