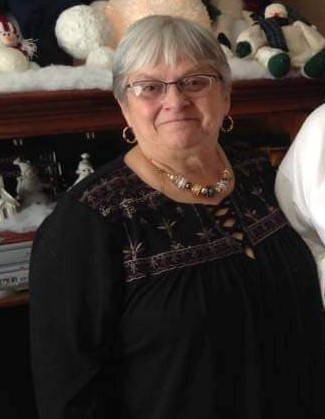 Shyrell Lynn Eccles, 72, of Ackley, IA, passed away on March 22, 2022, in Des Moines at Mercy One Hospital. There will not be a visitation as it was Shyrell's wishes to be cremated with her remains to be buried at a later date. The family will be planning a Memorial Service to be held later in May or early June where everyone will be able to come & say their goodbyes & pay their respects. Memorials may be directed to the family.

Shyrell was born on July 17th, 1949, in Hampton, IA, to her parents Roy & Dorthy (Glaze)Kreimeyer. She was raised in Ackley & graduated from Ackley High School in 1967. She had also taken some secretary courses at Elsworth College in Iowa Falls.

Shyrell worked at Norwesco/Plastronics/NCM for nearly 40 years before the company closed down. She also had 3 daughters from her first marriage & another daughter from her second marriage before meeting her husband Robert Eccles. Her & Robert were married on June 16, 2002 & they first resided together in Holland, IA where Shyrell enjoyed sewing, quilting, embroidery, being a huge help to her church, community & everyone she met. Her & her husband also really enjoyed playing cards with friends & family whenever possible.

Shyrell's faith in God was infectious & her love for the Lord was always radiating off of her no matter how she was feeling or what was going on in her life. Shyrell was a light to all who knew & loved her. She truly never met a stranger without quickly knowing them by name & calling them her friend. Shyrell was the most outgoing, loving, caring, helpful peaceful person you'd ever meet. She loved to meet & socialize, enjoying the company of everyone around her, no matter if you were family or a friend.

Shyrell & Bob were members of Pleasant Valley Church (Fern) & she was in a group called the "Bible Babes". One of her biggest passions in life, besides collecting so many different things like angels & crosses, was her love for the Lord. She prayed for everyone, no matter how big or small your need for prayers. Her heart had no bounds when it came to her love for everyone. Especially for her husband, children, grandchildren & great-grandchildren. She would push everything aside to always be there for every one of her daughters & their families.

To order memorial trees or send flowers to the family in memory of Shyrell Eccles, please visit our flower store.