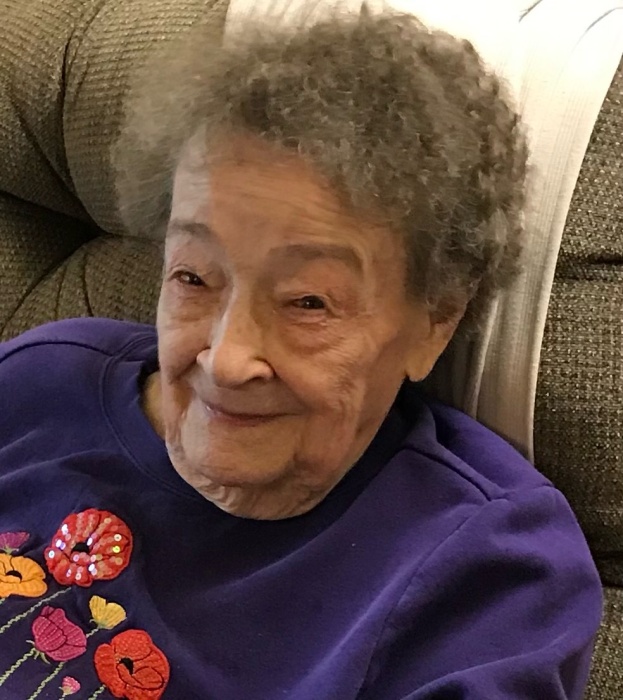 Shirley Ann Ridout, 92, of Iowa Falls, IA passed away on the evening of Sunday, February 20, 2022, at the Scenic Manor Home in Iowa Falls, IA.

Public visitation for Shirley will be held from 10:00 am until services begin at 11:00 a.m. on Friday, February 25, 2022, at Creps Abels Funeral Home Chapel located at 905 Edgington Ave, Eldora, IA 50627.  Funeral services for Shirley will be held at 11:00 a.m. on Friday, February 25, 2022, with Pastor Kenneth Nason officiating. Shirley will be laid to rest at the Jackson Township Cemetery.  Memorial contributions may be directed in Shirley’s name to her family which will be later designated elsewhere.  For further information or to leave an online condolence please visit www.abelsfuneralhomes.com.  Creps Abels Funeral Home is caring Shirley and her family.

Shirley Ann Ostheimer was born on July 11,1929, in rural Hardin County, Iowa, the daughter of Harold and Anabel Irene (Highley) Ostheimer.  She was raised and educated in the Hardin County school district where she graduated from Iowa Falls High School with the class of 1947.  Following graduation, she went on to obtain her Associates degree at Ellsworth Community College where she graduated with the class 1949.

On April 4, 1954, Shirley was united in marriage to Theodore “Ted” Paul Ridout in Owasa, IA.  From this marriage the couple were blessed with two sons: Nelson “Bud” and Scott. Shirley was a hardworking woman, dedicating her time to raising her children while working many years at the Service Printing in Eldora. Ted and Shirley were members of United Methodist Church in Eldora.

Shirley was an avid bowler, she also enjoyed watching sports of all kinds. She spent time with her mom gardening and took care of her mom after retirement until death in 2016.  She enjoyed fishing with her family in Canada, raising her ducks and chickens and breeding pure bred German Shepard’s with Ted.  Her greatest joy in life was her grandchildren and making memories with her family and friends. She was very proud of all of her grandchildren.

Left to cherish her memories are her two sons: Nelson “Bud” (Deb) Ridout and Scott (Monica) Ridout; grandchildren: Eric, Mindy, Matt and Morgan, Gavin, Becky, and Andy, along with many nieces, nephews, cousins, and great-grandchildren.

She is preceded in death by her husband, Ted Ridout; parents: Harold and Anabel Ostheimer; and one brother: Robert (Wilma) Ostheimer.

To order memorial trees or send flowers to the family in memory of Shirley Ridout, please visit our flower store.