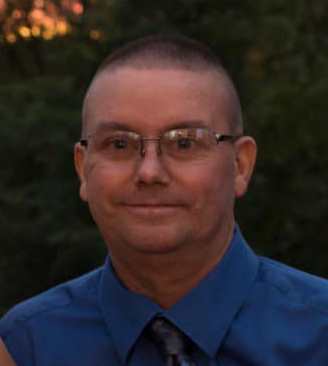 Scott Charles Harvey, 50, of Eldora, passed away unexpectedly at his home in Eldora on Monday, April 22, 2019. Memorial Visitation for Scott will be held on Tuesday, April 30th from 5:00 PM to 7:00 PM at Abels Funeral & Cremation Service-Creps Chapel in Eldora. The memorial service will be held on Wednesday, May 1st at 4:00 PM at the Eldora Fire Station, 2206 Washington St., Eldora, IA. Cremation rites have been performed and no burial is planned at this time. Memorials may be directed to the family or to the Eldora Fire Department. Memories and messages of condolence may be left for the family at www.abelsfuneralhomes.com

Scott was born on September 22, 1968, to his parents Bruce & Nancy (Rutzen) Harvey. He attended school in Eldora, and graduated from Eldora High School in 1985, where he participated in wrestling and football. Scott continued his education at Ellsworth Community College in Iowa Falls, where he obtained his AA in construction. After getting his degree, Scott moved to Florida and began his long construction profession with Axtell Construction Company. On April 30, 1994, Scott married the love of his life, Melissa Poling in West Palm Beach, Florida and they were blessed with 2 sons, Zackery and Chase. After the birth of their son Zack, the family moved back to his hometown of Eldora, continuing his craft and eventually starting his own construction business.

He was a member of the Wildlife Club and enjoyed his association there. He also enjoyed golf, bowling, and camping with friends. Scott was devoted to his family and friends and everyone knew that they could ask Scott anything and he would drop everything to go and help them.

Scott was well known in the community as a volunteer with the Eldora Volunteer Fire Department and was a devoted fire fighter for 20 years. Scott and his father Bruce shared a passion for firefighting that was also passed along to Scott’s son, Zack. His most satisfying volunteer work was the challenge and knowledge that he was serving his community with his proud 20 years of service with the EVFD. The community friendships that were forged in his firefighter brothers and sisters were cherished by him. They were family to Scott and there is no doubt that his passing leaves a huge void that can never be filled.

Left to cherish Scott’s memory are his parents Bruce & Nancy Harvey of Eldora; Melissa Harvey and son Chase, of Eldora and son Zackery and his wife Taylor Harvey of Peterson Air Force Base, Colorado Springs, CO, as well as a host of aunts, uncles and cousins. Preceding him in death are his grandparents Charles & Irene Harvey and Wally & Vera Rutzen.

To order memorial trees or send flowers to the family in memory of Scott Harvey, please visit our flower store.