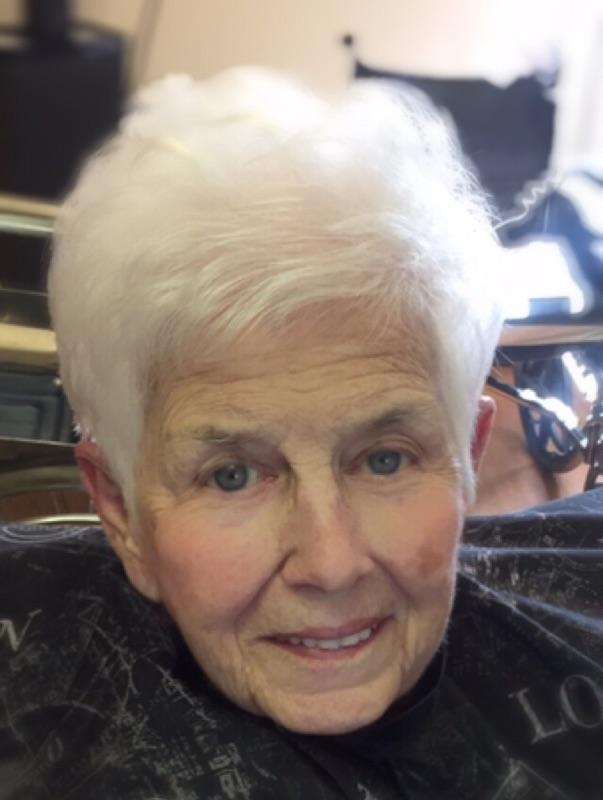 Ruth E. (Gillam) Spurlin, 92, of Union, formerly of Marshalltown, passed away on Thursday, November 24, 2016 at the Oakview Nursing Home in Conrad, Iowa. A funeral service will be held at 10:30 a.m. on Monday, November 28, 2016 at the Community Church in Union, Iowa. Burial will follow at the Hauser Cemetery. Visitation will be held one hour prior to the funeral service at the church. Memorials may be directed to the Community Church in Union, Iowa.

Ruth was born on June 4, 1924 on the family farm in Miles, Iowa. The daughter of Ralph and Minna (Andersen) Watts. She grew up in this area until her junior year in high school, when her family moved to Lanark, Illinois. She graduated valedictorian from Lanark Community High School in the class of 1941.

During World War II she married Leonard Klock and farmed in Lanark, Illinois. Her son Kevin was born during that time. Later, Ruth moved to Chicago where she was a bookkeeper for a livestock commissioner at the Union Stock Yards. She then married Gerald Huebner in 1955 and moved to Hayward, CA, where her daughter Pamela was born.

Following her daughter's birth, she moved back to Chicago and then to Des Moines, where she was co-owner and operator of Stan Moore Motors. She then moved to Marshalltown in 1967 and worked for Burkhardt – Jensen Ford and later for Ken & Betty Wise at Ken Wise Buick, selling new and used vehicles.

She then married John "Skip" Gillam in 1971 and worked at Gillam's Jewelry for 20 years. Ruth then married Lyle Spurlin in 1993 and lived in Union, Iowa until the present.

Ruth is survived by her daughter Pamela (Dennis) Andrew of Glendale, AZ; daughter-in-law Anola Klock of Des Moines, Iowa; grandsons Michael (Lisa) Klock and Marcus Whitehill and 4 great-grandchildren. She was preceded in death by her parents; husband Lyle Spurlin; son Kevin Klock; sisters Muriel and Jean and son-in-law Les Smaha.
To order memorial trees or send flowers to the family in memory of Ruth Spurlin, please visit our flower store.