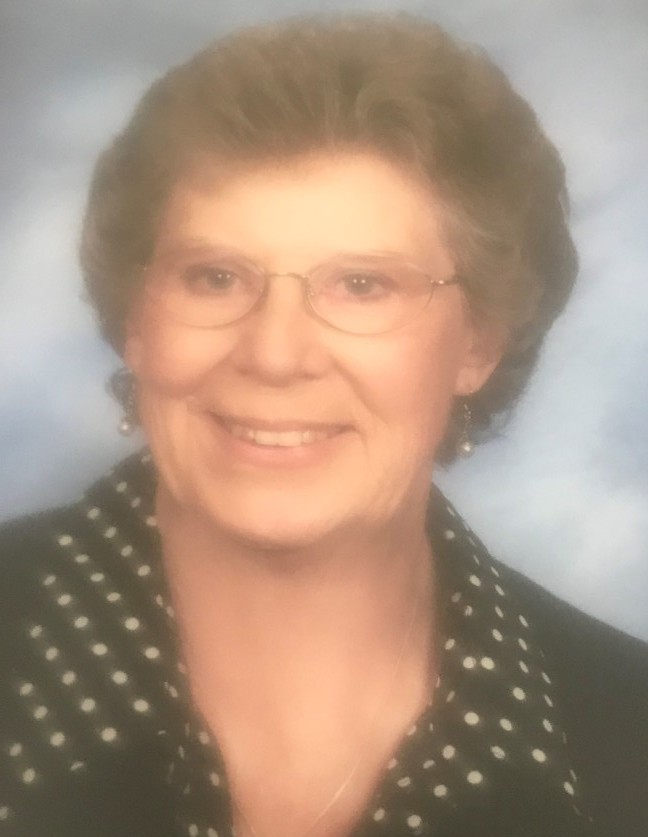 Ruth was born on October 10, 1932 in rural Hardin County to her parents Thomas & Kate (Folkerts) Kruse.   She spent her whole life in Steamboat Rock.  While she was a good student, Ruth also had a claim to fame as a member of the Steamboat Rock High School girls’ basketball team.  She helped lead the team to the state tournament in 1951, and at the end of the tournament was awarded the Amsberry Award.  After graduating from high school, Ruth attended the Deaconess Hospital of Nursing in Marshalltown (present day UnityPoint Health) and became a registered nurse.  On June 6, 1953, Ruth married Darrell Edward Bleeker at the East Friesland Church in Ackley, IA and spent the next 49 years in a long and happy marriage.

Ruth also had a very strong artistic spirit.  She enjoyed painting as well as decorating eggs.  She also liked to use her talents to restore antique dolls and also was known to make greeting cards and collect vintage greeting cards.  Ruth also had a fondness for birds.  Nearly every time she saw a bird, she didn’t hesitate to name it and often felt that birds were a special part of the beauty of God’s creation.  In fact, Ruth would often say that her favorite music was listening to the birds sing.

Ruth was a lifelong member of the Steamboat Rock Baptist Church and was a member of the church’s Dorcas Society as well as the Christian Women’s Organization.  She was also involved in the Progress Club of Steamboat Rock.  Ruth’s Christian lifestyle was evident to those who knew her as she was a caregiver both inside and outside of her home.  She also kept up on the status of her relatives and was never too busy to take someone who couldn’t drive on a trip to the store or doctor’s office.  She was an inspiring and faith filled woman who will be missed by all who knew and loved her.

To order memorial trees or send flowers to the family in memory of Ruth Bleeker, please visit our flower store.