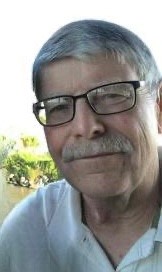 Russell “Russ” Glen Kinney, 70, of Eldora, Iowa, passed away on Thursday, February 24, 2022, at Mercy One in Des Moines, Iowa. A Celebration of Life Service will be held at the First Congregational United Church of Christ in Eldora on Saturday, March 5, 2022, at 2:00 p.m. Memorials may be directed to the family. Online condolences may be made by visiting www.abelsfuneralhomes.com

Russ was born on March 24, 1951, in Marshalltown, Iowa to his parents Cecil and Lamoille (Duncan) Kinney. He was raised in Owasa, Iowa and graduated from the Eldora High School in the class of 1969. He was united in marriage to Sonja May on December 1, 1973, in Bad Wimpfen, Germany, while Russ was serving in the United States Army. The couple welcomed their daughter Tiffanie into their family on May 15, 1981.

Russ and Sonja returned to the United States in January of 1974 and made their home in Eldora. In Eldora he began working at the State Training School, then at Dayco, US Manufacturing and ending his career at Casey’s retiring in 2017.

Russ was a long-time member of the First Congregational United Church of Christ in Eldora, serving the church in many capacities. He was a member of the Eldora American Legion and the Pine Lake Country Club, where he also served on the board. Russ enjoyed classic cars, golfing with his friends and he and Sonja traveled all around our country and internationally. However, his true joy in life came from spending time with his wife, daughter and his grandson Max!

Russ is survived by his wife of 48 years, Sonja Kinney of Eldora, Iowa; his daughter Tiffanie Tabrizi of Chicago, IL; grandson Max Tabrizi; and many family members both in Iowa and Germany. Russ was preceded in death by his parents; sister Linda Vander Hart; and brother Alan Kinney.

To order memorial trees or send flowers to the family in memory of Russell "Russ" Kinney, please visit our flower store.