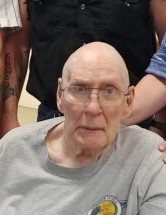 Ronald “Ron” W. Schodeberg, 82, of Eldora, passed away on Sunday, March 28, 2021 at the Eldora Specialty Care in Eldora. Visitation for Ron will be held on Thursday, April 1, 2021 from 5:00 PM to 7:00 PM at the Abels Funeral & Cremation Service-Creps Chapel in Eldora. Inurnment will be held on Monday, April 5, 2021 at 10:00 AM at the Eldora City Cemetery with Ward Richards officiating. Memories of Ron and messages of condolence can be left for the family at www.abelsfuneralhomes.com

Ron was born on February 21, 1939, in Marinette, Wisconsin. After high school, Ron worked a variety of odd jobs, before beginning his 30 + year steel company career. In 1968, Ron enlisted in the United States Army, where he honorably served his country, where he was a POW. Fortunately, Ron was able to come home safely to his family.

In his free time, Ron enjoyed trips to Milwaukee, his home state, where he proudly cheered on his team, the Green bay Packers. While in Wisconsin, he enjoyed visiting the Milwaukee Zoo, Dandelion Park, and an occasional trip to the Miller Brewing Company, where he enjoyed sampling a few of the local favorites. Ron was known to be a gentle soul, kind, brave, and a lover of animals, especially dogs. He loved his grandchildren very much, and spending time with them. He will be dearly missed by those he leaves behind.

Ron is survived by his children, Linda, Rebecca, Ava, Evelyn, Mike, Bob, Steve, and Wayne; many grandchildren and great-grandchildren; many nieces and nephews. He rejoins in Heaven his parents and other family members.

To order memorial trees or send flowers to the family in memory of Ronald Schodeberg, please visit our flower store.