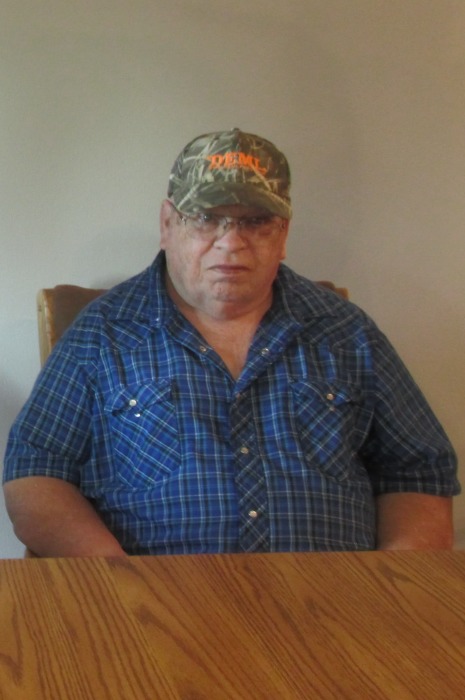 Ronald Gene Jans, age 75, of Reinbeck, entered eternal rest on Friday, August 30, 2019 in Waseca, Minnesota. Visitation will be held from 5:00 p.m. until 7:00 p.m. on Thursday, September 5, 2019 at the Abels Funeral and Cremation Service, French-Hand Chapel in Reinbeck, Iowa. Funeral service will be held at 10:30 a.m. on Friday, September 6, 2019 at Saint John’s Lutheran Church in Reinbeck. Burial will follow at the Reinbeck Cemetery. Memorials may be directed to the family.

Ronnie was born on August 7, 1944 in Waterloo, Iowa. He was the loving son of Marvin and Edna (Folkerts) Jans. He lived in Reinbeck with his parents until they passed away and then moved into apartments in both Reinbeck and Grundy Center. Ronnie was baptized at Saint John’s Lutheran Church and was a life-long member. Ronnie attended school in Reinbeck. After completing his education, he began his own garbage business. Later Peterson Contractors took it over and Ronnie drove for that company, where he also worked as dump truck driver. He then worked for a company named Copay in Cedar Falls for a time and then worked as a driver for his father’s company Jans Trucking. Ronnie then worked as a dump truck driver for Folkerts and Son until his retirement in 2003.

Ronnie loved to drive his pickup truck or his Jeep to Wisconsin and Minnesota. He loved to go to his trailer in Elysian, Minnesota and camping. He also enjoyed spending time with his brother Merle and going out to eat together.

To order memorial trees or send flowers to the family in memory of Ronald Jans, please visit our flower store.