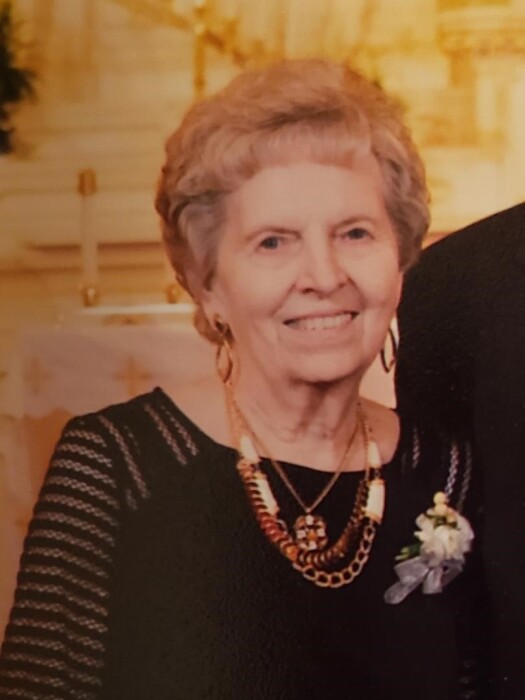 Romagene Volkens, 90, of Reinbeck, Iowa, died Tuesday, April 12, 2022, at UnityPoint Allen Memorial Hospital in Waterloo. A visitation will be held from 4:00 p.m. until 7:00 p.m. on Monday, April 18, 2022, at Abels Funeral and Cremation Service, French-hand Chapel in Reinbeck. Funeral service will be held at 10:30 a.m. on Tuesday, April 19, 2022, at the Union Congregational United Church of Christ in Reinbeck. Burial will follow at the Reinbeck Cemetery. Memorials may be directed to the family.

Romagene was born March 30, 1932, in Reinbeck, Iowa. She was the daughter of Lillian (Block) and John Struwe. She attended school in Reinbeck, graduating with the class of 1949. Romagene enjoyed playing the drums and being one of the majorettes for marching band in high school. She was a lifelong member of the Congregational UCC in Reinbeck, starting with Sunday school at age 5. Romagene worked in the purchasing department at Construction Machinery in Waterloo for one year before marriage. She was united in marriage to Richard Volkens on February 12, 1951, at the UCC church in Reinbeck. They spent most of their life on a farm southwest of Reinbeck, which had been her grandfather's farm.

Romagene loved the farm - dogs, horses, cattle, flowers, gardens, kids 4-H projects, and farm chores in general. She was a member of Women's Fellowship and taught Sunday school when her children were young. She also was a 4-H leader for several years. Romagene was a member of the Women's Investment Venture of Reinbeck for 30 plus years. Richard and Romagene both enjoyed golfing at Oakleaf Country Club, and she especially enjoyed the Tuesday evening ladies’ night. Other favorite pastimes were Canada fishing trips, playing cards, cattle buying trips to Kansas, spending winters in their home in Mesa, Arizona, and going to many, many polka dances. The Secret Pal Club she belonged to was always very special to her. Romagene enjoyed going to sporting events that her children and grandchildren participated in while in school. She loved spending time with her nine great-grandchildren. In 2012 Richard and Romagene moved to Reinbeck, then to the Elm's in 2019.

To order memorial trees or send flowers to the family in memory of Romagene Volkens, please visit our flower store.