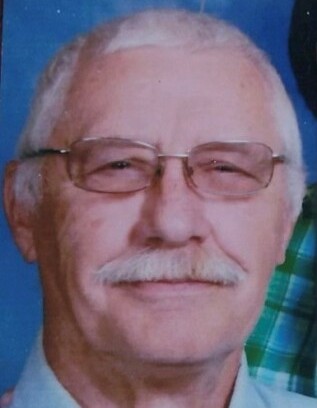 Roger Lee Kiewiet, 77, of Morrison, Iowa, passed away on Sunday, February 28, 2021 at the University of Iowa Hospital in Iowa City, after complications from injuries sustained in a house fire. Memorial visitation will be held at the First Presbyterian Church in Grundy Center on Tuesday, March 9, 2021 from 10:00 a.m. until time of memorial service at 11:00 a.m. Inurnment will be held privately by the family following the memorial service. Memorials may be directed to the family.

Roger was born in Reinbeck, Iowa on September 11, 1943 to his parents Jacob and Elsie (Penning) Kiewiet. He graduated from Grundy Center High School in the class of 1963. After high school Roger began his career at John Deere. He was a hard worker and retired from Deere, however his love of John Deere continued. He would collect model John Deere tractors as well as anything and everything John Deere. Roger was united in marriage to Vicky McIntyre on February 19, 1975 at her parent's home in Morrison, Iowa. They enjoyed many wonderful years together until Vicky’s passing in 2017.

Roger was a member of the First Presbyterian Church in Grundy Center. After retirement from John Deere, Roger kept busy maintaining local buildings in Reinbeck. He loved animals and people. He enjoyed talking with people and sharing a kind word and a smile with everyone he met. Roger and Vicky loved to spend time together and they both especially loved the outdoors. Roger also enjoyed camping, fishing, and hunting.

Roger is survived by his children Curtis (Velvet) Kiewiet, Steven (Melanie) Kiewiet, Gary Kiewiet (Amber Albers) and Jasmine Pratt; many grandchildren; brother Kenny (Mary) Kiewiet and many nieces and nephews. He was preceded in death by his parents; wife Vicky and brother Calvin.

To order memorial trees or send flowers to the family in memory of Roger Kiewiet, please visit our flower store.
Open