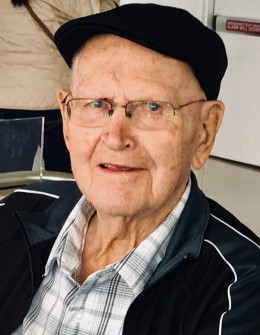 Bob was born June 4th, 1927, in Reinbeck, Iowa to Herman and Emma (Nissen) Ehlers.  He was raised and graduated from Reinbeck High School; after graduating, Bob joined the Army.  On October 16, 1948, he married Elaine Nelsen of Traer, Iowa.  They were able to celebrate their 70th wedding anniversary before Elaine passed away on February 14th, 2019.  They farmed East of Reinbeck until 1985, at which time Bob went to work for PCI, retiring in 2012.  Bob and Elaine spent 22 wonderful years wintering in Pharr, Texas.  Bob was a proud member of the Shriners Mobile Noble unit and the R.O.J.

A private family service and burial will be held this summer.

Memorial contributions may be directed in Bob’s name to his family which will be directed to Shriners Hospital or Hospice.

To order memorial trees or send flowers to the family in memory of Robert "Bob" Ehlers, please visit our flower store.