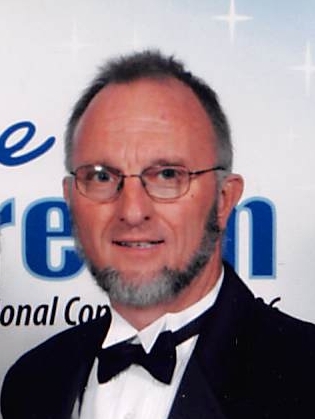 Robert O. "Bob" Smith, of Eldora died on Friday, April 22 at 2:18am surrounded by his loving wife, Deb, and Pastor Vicki at home after a 3 ½ year battle with stage 4 cancer. A memorial service will be held on Friday, April 29th at 10:30 AM at the Eldora United Methodist Church with Rev. Vicki Reece & Rev. Jennifer Daniel officiating. Memorial visitation will begin at 9:00 until the time of the service at the church. Interment will be private. Memorials may be directed to the family.

Bob was born on November 26, 1947 in Waterloo, IA to Orville C & Leona E. (Stout) Smith of Fredericksburg, IA. Bob was raised on the ORLE farmstead where farming was his life- long goal and the first in the history at Fredericksburg FFA to achieve the American Farmer Award that is only earned by 1 in 1000 FFA Members.

Bob graduated from McPherson College with a Bachelor's Degree in Agriculture and a dream to return to the family farm and his passion of farming. While in McPherson, he learned about leveraging income and rented out rooms in the house he owned to fellow classmates. While in college he also learned to fly and owned his own plane. He married Linda K. Allebach and later returned to Waterloo. He brought a new Pioneer funds investment program to Iowa, instead of returning to the family farm. His passion for leveraged income remained and he owned numerous rental properties in Waterloo. Two children were brought into the marriage, Anisa M. Smith and Galen R. Smith.

A move to Eldora as the camp manager for Camp Pine Lake for over 5 years brought him back to his childhood days of attending church camp there and to a small, rural community where 4-H was active. He was the 4-H Leader for the Pleasant Pluggers for many years. He continued owning rental properties and was always trying to help others. A new chapter in his life opened when he later married Debra J. (White) Hightshoe and his family increased to 5 with Deb's son Trevor R. Hightshoe. Later on, he offered to adopt Trevor as his son and Trevor's name was changed to Smith. He then discovered his passion for driving semi-truck as a company driver for a few years before buying his first semi and over the years had a total of 6 in his fleet as an owner operator leased to Mara Transport driving 48 states and Canada. After 14 years in business as R.O.S. Express, his health forced the close of that dream. Bob & Deb's passion for helping other continued through their unfranchised business with Market America whose nutritional program extended Bob's life against all odds.

Bob was very proud of his children Anisa and Galen and all of their accomplishments. He was delighted to welcome Erin into their family, and was looking forward to the upcoming wedding to his son Galen.
Bob loved to travel and enjoyed making the impossible happen. In his travels, he always would stop and lend a hand to anyone broken down along the road. And enjoyed taking his granddaughter Makayla along with him showing her the sights along the way and used that time to teach her history, geography and how to read a map. He often times would take nephews along with him on trips. A 2 ½ week motorhome trip to Maine with Deb's parents brought many special memories to him. He treasured his family and his time with them.
He also enjoyed spending time with his loyal companion, his dog Hoxsey.

Bob loved riding the rails as a member of the 1st Iowa Division in their railcar speeder around Iowa, Minnesota and Nebraska.

Bob is survived by his wife and the love of his life, Debra J. Smith and children Anisa M. Smith of Eldora, Galen R. Smith & Erin of Smithville, MO, Trevor R. Smith of Des Moines, IA and granddaughter Makayla M. Smith; one sister, Lonnette (Bruce) Schroeder of Marion, IA; two brothers, Ronald (Mary) Smith of Nevada, IA and Rodger Smith of Shorewood, MN; and many nieces, nephews and great nieces and nephews. He is preceded in death by his parents, Orville C and Leona E. Smith and sister-in-law Karla (Rodger) Smith.
To order memorial trees or send flowers to the family in memory of Robert Smith, please visit our flower store.