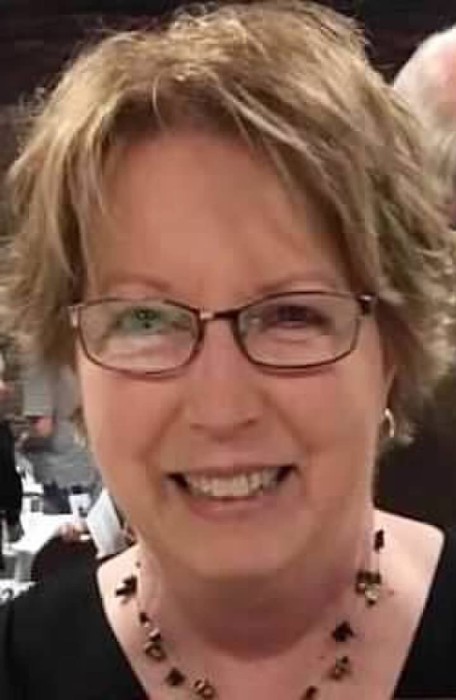 Rita Thompson, 77, of Eldora, passed away on November 29, 2019, surrounded by her family at Grand JiVante assisted living in Ackley.  A  memorial service will be held on Monday, December 30th, at 11:00 am at the Eldora United Methodist Church.  Memorials may be directed to the family who will be donating the money among several charities at a later date.  Abels Funeral and Cremation Service, Creps-Chapel is taking care of Rita and her family.  Online messages of condolence may be made at www.abelsfuneralhomes.com.

Rita Louise Peterson was born May 31, 1942 in Fort Dodge, Iowa, to Kenneth and Lenore (Skoglund) Peterson.  After Lenore’s death in 1948, Kenneth married Gwen Reed in 1950.  Rita grew up on a farm near Dayton, Iowa (now a Heritage farm).  She attended Boxholm schools, graduating in 1960 from Grand Community Schools in Boxholm.   In 1960, she was selected first team all-state guard to the Iowa State Girls High School basketball team.  She played on Grand Community High School’s girls basketball team in the state tournament in 1960.  She was referred to as the 5’5” “pepperpot”.   In 1963, she graduated from Iowa Lutheran School of Nursing as an R.N.  She worked at Lutheran Hospital in Fort Dodge, Iowa from 1963 to 1965.  From 1965-1966, she worked at the University of Minnesota Hospital.  On March 26, 1966 she married A. Paul Thompson and moved to Eldora, Iowa where Paul was a counselor at the State Training School for Boys.  Rita worked at the Eldora Hospital from 1967 to 1974. During that time, Paul & Rita had two daughters, Allison born in 1969 and Susan born in 1971.  Rita then worked for Dr. Robert Thompson from 1974 to 1998 when she retired.

Rita enjoyed sewing, reading, crossword puzzles and loved spending time with her grandchildren.  She also spent a lot of time at a summer cottage at Lake Le Homme Dieu in Alexandria, Minnesota.  From 2005-2008, Paul and Rita spent their time babysitting for their triplet grandchildren in what they called a “great labor of love.”  Rita enjoyed being a member of the Eldora United Methodist Church, Chapter FA P.E.O. and weekly bible study EWOW.

To order memorial trees or send flowers to the family in memory of Rita Thompson, please visit our flower store.