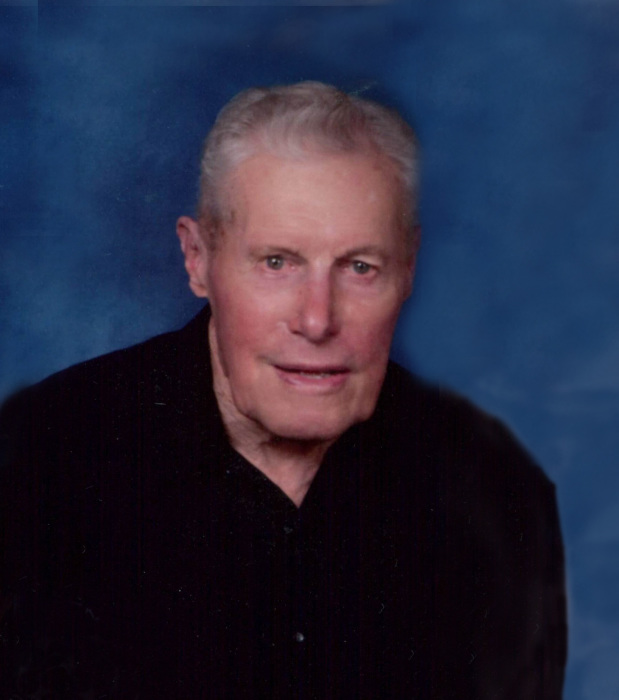 Richard Lloyd Ohrt son of Lloyd and Dorothy (Strohbehn) Ohrt was born on March 21, 1925 on the home farm two miles southwest of Reinbeck, Iowa.  He received his education in Reinbeck, graduating from Reinbeck High School in 1942 in which he was class president. He attended Iowa State College (now ISU) in the winter quarter where he completed the winter farm operations program.  Dick honorably served in the United States Navy during WWII.   Following his honorable discharge, he came back to the family farm where he continued farming.  On September 2, 1948 Dick married Margaret L. Johnson at Fredsville Lutheran Church in rural Dike, Iowa.   Dick was active in farming his whole life.  He was a member of the Union Congregational United Church of Christ, where he was active on many church committees and boards.  His memberships also included the American Legion Post #242, Masonic Temple Coin Lodge #394, Oak Leaf Country Club all of Reinbeck, and the El Kahir Shrine of Cedar Rapids.  He also served on the school board for the Reinbeck Public Schools.  Dick enjoyed square dancing, card club, golfing, hunting, fishing and caring and tending for his livestock.

He is survived by his loving wife Margaret of 69 years; sons, Philip (Janice) Ohrt, and Brad (Lynn Pedersen) Ohrt all of Reinbeck; daughter-in-law, Cynthia Ohrt of Cedar Rapids; eight grandchildren and four great grandchildren.  Dick was preceded in death by his parents; son, Randall Ohrt and great grandson, Ian Felton.

Memorials may be directed to the Union Congregational United Church of Christ in Reinbeck or the family for further designation in memory of Dick.

To order memorial trees or send flowers to the family in memory of Richard "Dick" Ohrt, please visit our flower store.