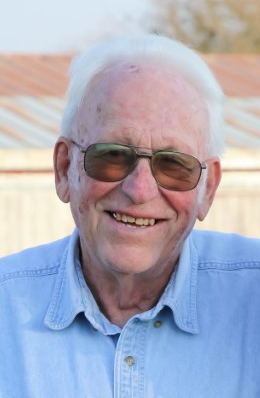 Richard “Dick” H. Kjormoe, 83, of Steamboat Rock, IA, passed away on Saturday, January 23, 2021 at the Oldorf Hospice Home in Hiawatha, with his loving family by his side. Visitation for Dick will be held on Tuesday, January 26th from 4:00 PM to 7:00 PM at the Abels Funeral & Cremation Service-Creps Chapel in Eldora. The funeral service will be held on Wednesday, January 27th at 10:30 AM at the Steamboat Rock Baptist Church. Interment will be held at the Stavanger Cemetery in Le Grand. Memorials may be directed to the family. Memories of Dick and messages of condolence may be left for the family at www.abelsfuneralhomes.com

Dick was born in Dunbar, IA, on October 26, 1937, the son of Omer & Lily (Harem) Kjormoe. He later moved with his family to Melbourne, IA, where he attended Melbourne High School. After graduation, he entered the United States Airforce, where he served from 1955-1959.

For 35 years, Dick worked as an insurance adjuster for Iowa Mutual, while residing in Cedar Rapids. After his retirement, Dick liked to keep busy. At the end of every day, Dick always wanted to have accomplished something, and that he did. He was an avid reader and well versed on many topics; 2 of his favorite things to read were Fur, Fish and Game, and Readers Digest. He enjoyed sports and hunting. He was also known to smoke hogs and loins; the delicious smell was familiar to many in town. The one thing Dick was passionate about was trees and wood; he would chop it, sell it, burn it and later in life, giving it away.

Most importantly, Dick was a kind and loving man; someone who would do anything for anyone, especially his family. He always wanted to ‘do’, and never expected anything in return. Although Dick’s passing leaves a void that can’t be filled, he will never be forgotten, and his memory and legacy will live on through his beloved family.

To order memorial trees or send flowers to the family in memory of Richard "Dick" Kjormoe, please visit our flower store.
Open