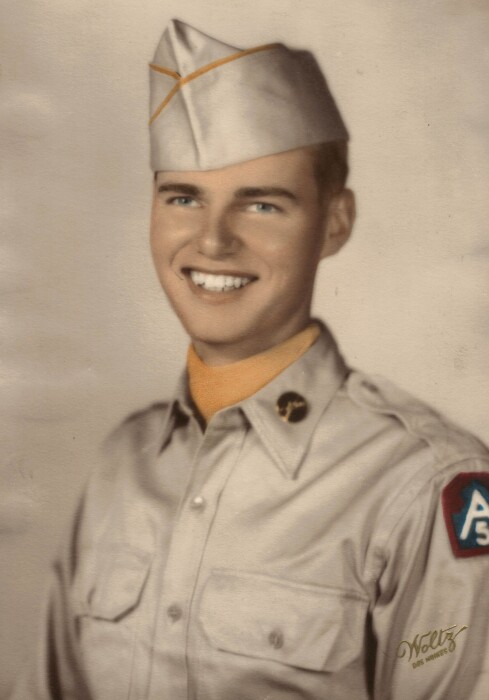 It is with great sadness that we announce the passing of Richard “Dick” Hazelwood age 83 of rural Eldora, Iowa. Per Dick’s request, there will be no service. Memorials may be directed to the family which will be directed to Alzheimer’s research.

Dick was born on May 13, 1939, in rural Eldora, the son of Robert W. Hazelwood and Eleanora (Boofer)Hazelwood. He graduated from Steamboat Rock High School in 1957.

He joined the Iowa National Guard/Army for six years while proudly serving our country. Dick was united in marriage to Betty Finger on March 8, 1957.

Dick farmed and raised livestock for many years, was a driver for Concrete Inc. and a Maintenance Engineer for the Jackson Township Cemetery for 39 years.

He enjoyed coffee with the guys, first at the Corner Cupboard and then Hy-Vee. Tractor pulling was a hobby he really enjoyed. He loved to see the black smoke and woof sound of the tractors. He had many memorable snowmobile trips with the Teske’s and the Gehrke’s. Dick brought his first motorcycle in 1976. He drove to Chicago with Robin and Randy to get the crate in which his Goldwing was shipped. He was a proud member of the Goldwing Road Rider Association, membership #197. Dick and Betty enjoyed riding the motorcycle on which they had many memorable trips.

To order memorial trees or send flowers to the family in memory of Richard "Dick" Hazelwood, please visit our flower store.