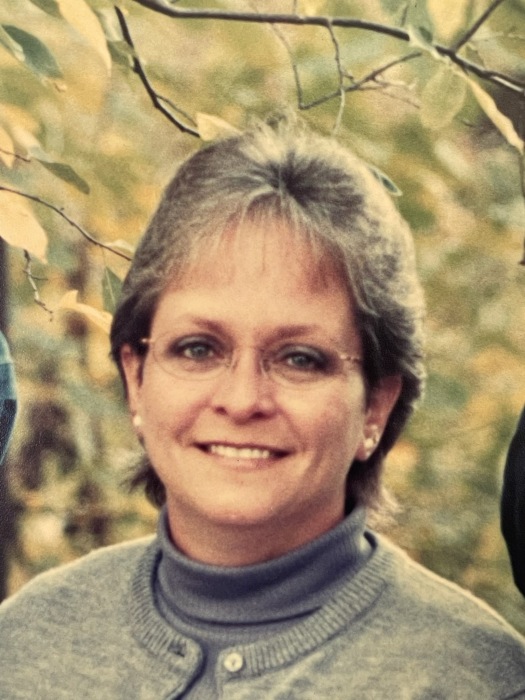 Rebecca “Becky” Jo Frerichs, 63, of Steamboat Rock, Iowa passed away in the early morning of Thursday, November 4, 2021 at the Mercy Medical Center Hospital in Mason City.

Following Becky’s wishes, cremation rites have been accorded and there will be a public memorial service held at 11:00 a.m. on Friday, November 12, 2021 at the First Baptist Church in Steamboat Rock, IA with Pastor Harrison Lippert officiating.  Public visitation will be held one hour prior to services. In lieu of flowers, memorial contributions may be directed in Becky’s name to her family which will be later designated elsewhere.  For further information or to leave a condolence please visit www.abelsfuneralhomes.com. Creps Abels Funeral Home is caring for Becky and her family.

Rebecca Jo Hughes was born on November 15, 1957 in Belmond, Iowa, the daughter of Weston and Ada Marie (Shahan) Hughes.  She was raised and educated in the Hardin county school district and graduated from Steamboat Rock High School with the class of 1976.  Following graduation, Becky went on to obtain her associates degree from the Marshalltown Community College. On November 12, 1982, Becky was united in marriage to Steve Frerichs at the First Baptist Church in Steamboat Rock.

Becky was not afraid of hard work in every aspect in her life. Becky and Steve spent most of their lifetime farming and raising hogs on their family farm just outside of Steamboat Rock.  She also dedicated her working career to the Hardin County Conservation where she worked in the administrative department.  She also worked at The Green Door, Ellsworth College and Luiken and Sons.  Becky had a passion for nature and loved being outdoors, she looked forward to the car rides her and Steve would take driving across the Greenbelt and wherever else they may end up. The most important thing in her life was her family. It didn’t matter if you were biologically related to be considered her family. She was so proud of her son, Jerry and all his accomplishments in life, especially the Hughes Foundation www.HFhope.org he started.  Becky had a family in India, Africa, and more places than she could have dreamed because of this Foundation.  She couldn’t have been prouder.

Left to cherish her memory is her husband, Steve of Steamboat Rock and one son, Jerry of Minneapolis, Minnesota/Nagpur, India; one brother: Paul (Judy) Hughes of Mesa, Arizona; mother-in-law: LaDonna Frerichs of Eldora; sisters-in-law’s: Margaret Hughes of Marion, Jan Hughes of Ventura, Suzette Hughes of Alta and LuAnn (Craig) Miller of Eldora as well as several nieces and nephews.

To order memorial trees or send flowers to the family in memory of Rebecca "Becky" Frerichs, please visit our flower store.