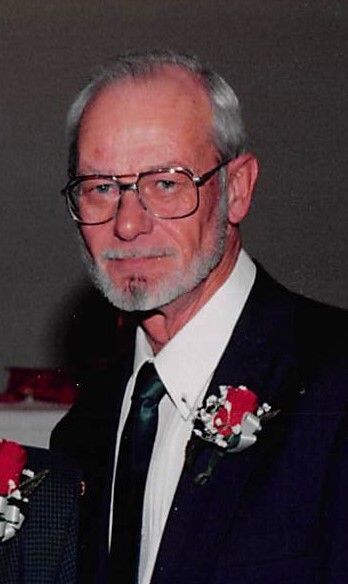 Ray E. Wilson, 80, of Grundy Center passed away Sunday September 25, 2022 at Grundy County Memorial Hospital in Grundy Center.  A funeral service will be held Saturday October 8, 2022 at 10:30 A.M. at Colfax Center Presbyterian Church, rural Holland, Iowa.  Visitation will be held at the church one hour prior to the service with lunch immediately following the service.   Per Ray’s request, inurnment will take place following the lunch at Rose Hill Cemetery in Grundy Center.

Ray was born October 25, 1941 in Waterloo, Iowa to Wilbert H. and Anna (Muller) Wilson.  He attended school in Aplington and Steamboat Rock before graduating from Reinbeck High School in 1960.  He was united in marriage to Shirley Syhlman on June 22, 1962 at Colfax Center Presbyterian Church and they had a son, Kevin.  Shirley passed away in November 1997.  Ray later was blessed with a second family when he married Ruth Ann Sternhagen on December 5th, 1998.

Ray worked at Fullerton Lumber Co. in Grundy Center for 13 years, leaving to start his own business, Ray’s Home Improvement, which he operated for 28 years.  After “retiring” he began truck driving, first for Mackie Trucking and later for Contract Transport, Panama Transfer and Matt Shoup.

He cherished spending time with his family and was particularly proud of his children, grandchildren, and great-grandchildren.  For Ray, the first step to solving any problem was to have a cup of coffee.  In his later years he acquired an affection for Casey’s coffee and could often be seen with his travel cup cruising the streets of Grundy Center just to see what was happening.

To order memorial trees or send flowers to the family in memory of Ray Wilson, please visit our flower store.