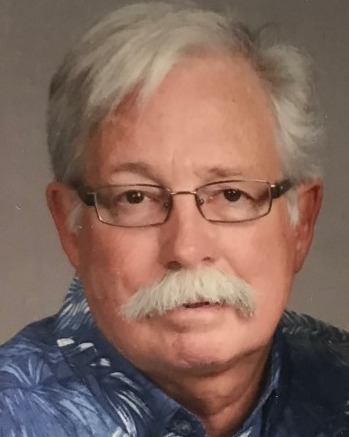 Randall Ray Rhoads, 73, of rural Reinbeck, passed away on Thursday, January 19 at the Cedar Valley Hospice Home in Waterloo.  He was cared for by his loving family and the caring staff at Hospice.  A visitation for family and friends will be held on Tuesday, January 24 from 10am to 11:30am at St. Gabriel Catholic Church, 212795 U Ave, Reinbeck, IA, followed immediately by a memorial service. Burial will be held at a later date.

Randy was born May 23, 1949 in Grundy Center, Iowa. He graduated from Grundy Center High School in 1967.  Randy then joined the U.S. Marine Corp on September 20, 1967 and served in the Vietnam War until March 1969. He married Jane Schreck on April 4, 1970 in Reinbeck, Queen of Heaven Catholic Church.  Randy and Jane soon after had 2 children together, Patty and Brian. Randy retired from Viking Pump in Cedar Falls, Iowa in May 2011 after 42 years.

Randy and his wife Jane lived in Reinbeck most of their life and moved to their acreage just outside town in December 1999. He and Jane enjoyed hunting and fishing trips with their family and friends over the years.  Randy loved riding his Harley Motorcycles and taking roads trips in his convertible Camaro.  Spending time with his family meant the world to him.

Randy is survived by his wife Jane, of nearly 53 years of marriage; 2 children; daughter Patty Wulf (husband Kent) of Urbandale; son Brian Rhoads of Urbandale; and his cherished 3 grandchildren Travis Wulf of Waukee; Nicole Wulf of Urbandale; Trey Wulf also of Urbandale; as well as their beloved dog Sam.

Memorials may be directed to the family. Messages of condolences may be left for the family at www.abelsfuneralhomes.com.

To order memorial trees or send flowers to the family in memory of Randall Ray Rhoads, please visit our flower store.