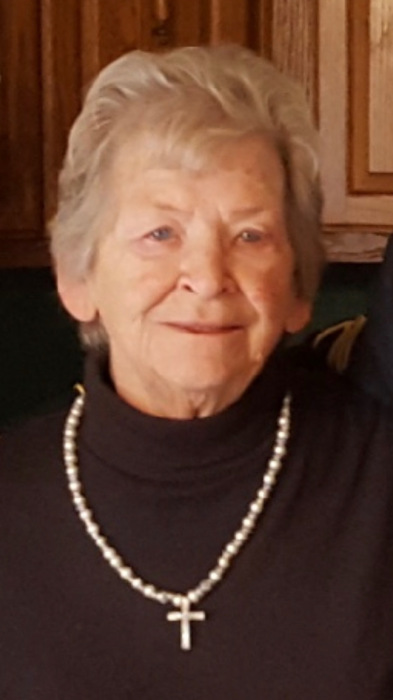 Following Peggy’s wishes, cremation rites have been accorded.  Public graveside services for Peggy will be held at 1:00 p.m. on Monday, August 3, 2020 at the Shepard Cemetery with Pastor Ward Richards Jr. conducting the service.  Memorial contributions may be directed in Peggy’s name to her family.  For further information or to leave a condolence please visit www.abelsfuneralhomes.com.

Peggy Estes was born on August 21, 1936 at home near Gifford, Iowa, the daughter of Zora (Lepley) and Dewey Estes.  She was raised and educated in the Eldora school district where she graduated from Eldora High School.  Peggy was a hard-working woman, owning and operating the Gifford Café for many years as well as being the Postmaster of Gifford.  She was united in marriage to Duane Bittner for many years before his passing on July 29, 1962.  Peggy later married Darrell Mitchell until his passing on November 25, 2017.  A few of her passions in life were doing crafts, canning, crocheting but most importantly was the time she spent her with family and friends.  Peggy was a longtime member of the Gifford United Methodist Church.

She is preceded in death by her husbands: Duane Bittner and Darrell Mitchell; and three sons: Randy, John and Phillip.

To order memorial trees or send flowers to the family in memory of Peggy Mitchell "Peg", please visit our flower store.