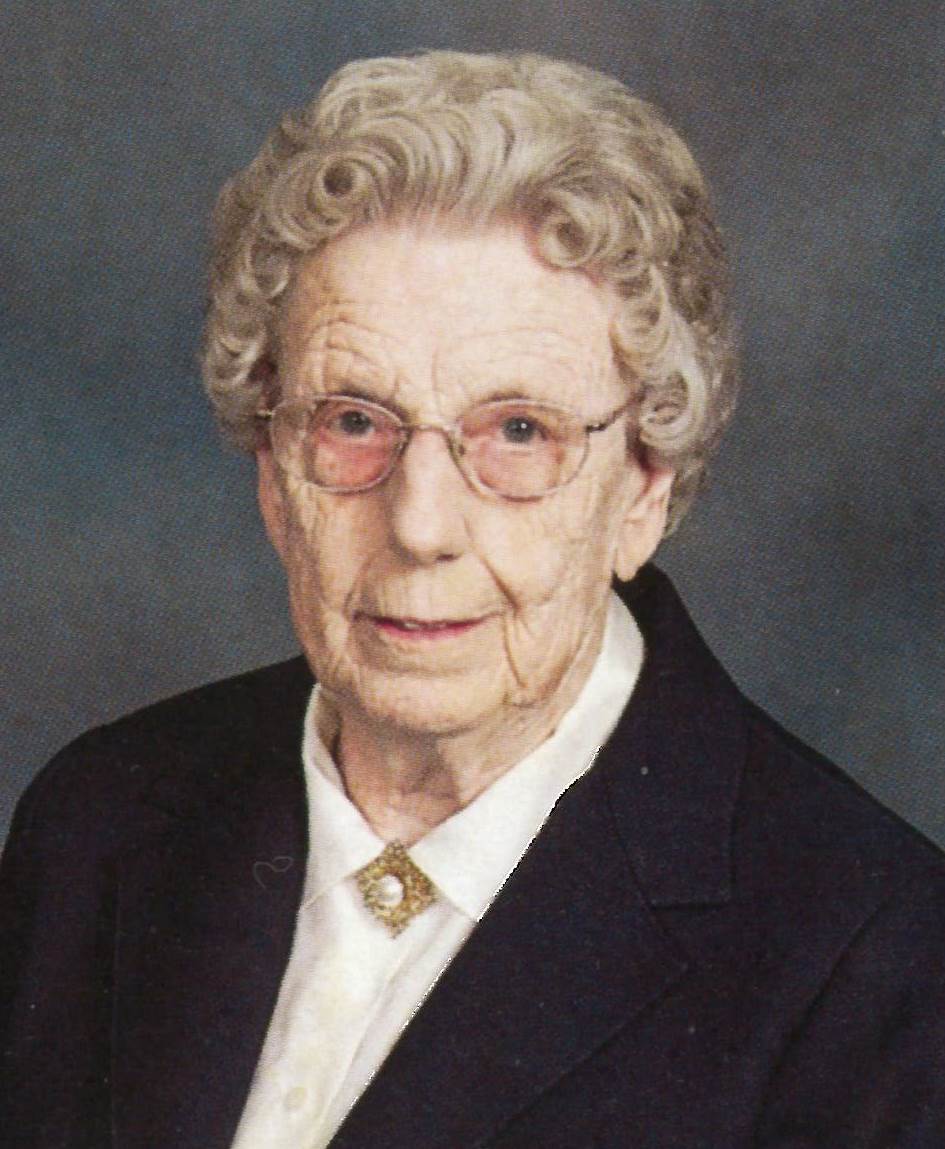 Pearl Edith Koch, 98, of Aplington, formerly of Wellsburg, passed away on Tuesday, March 7th at the Maple Manor Nursing Home in Aplington. The funeral service will be held on Saturday, March 11th at 11:00 AM at the Wellsburg Reformed Church, 617 E. 4th Street, Wellsburg, IA, preceded by one hour of visitation at the church. Interment will follow services at the Shiloh Cemetery in Wellsburg. Memorials may be directed to the family.

Pearl was born on January 12, 1919 in Lincoln Township, Grundy County, Iowa, the daughter of Andrew & Annie (Eygabroad) Anderson. She graduated from Grundy Center High School in 1936 and then furthered her education at the Iowa Teachers College in Cedar Falls. She taught country school in the Wellsburg area for a number of years. On July 9, 1947, Pearl was united in marriage to Herman Koch. They farmed for several years and then moved to Wellsburg in 1950. He passed away in May of 1997. In 2004, Pearl moved to Maple Manor Assisted Living in Aplington. In January of 2017, she relocated to the Maple Manor Nursing Home.

She was a long time member of the Second Christian Reformed Church where she taught Sunday school, Bible School and was a member of the Helping Hands Society. She later transferred her church membership to her current church, the Wellsburg Reformed Church. Pearl enjoyed gardening, sewing, quilting, fishing and traveling. What brought the most joy to Pearl was spending time with her family, especially her grandchildren.