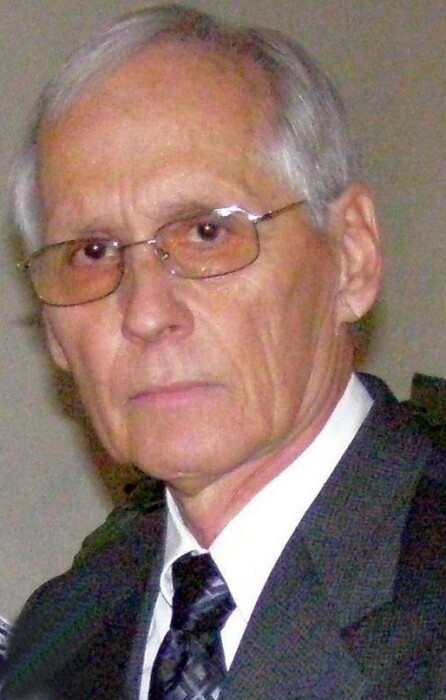 Paul Arthur Rouse passed away at home on December 22, 2021, after 13 years with Angioimmunoblastic T-cell Lymphoma. He was 82 years old. A memorial visitation will be held on Monday, January 3, 2022 from 4:00 p.m. until 7:00 p.m. at Abels Funeral and Cremation Service, Engelkes Chapel in Grundy Center. Inurnment will be held privately by the family at Rose Hill Cemetery. Memorial contributions may be directed to the church, hospital or school in loving memory of Paul.

Paul was born on October 4, 1939, in Marshalltown, Iowa, the second of two sons of Floyd and Ireine Bockes Rouse who lived at 813 G. Avenue in Grundy Center.

Paul was baptized at the First Presbyterian Church in Grundy Center. He graduated from Grundy Center High School in 1957. After graduation he worked with his dad and brother at Rouse Motor Chrysler Plymouth.

In January of 1963, Paul was drafted into the army. After his basic training at Fort Leonard Wood, Missouri he was assigned to Fort Gordon, Georgia where he learned Morris Code, Teletyping and Voice and Encryption. Later he was assigned to Ft. Hood, Texas where he was a driver for the 141st Signal Battalion Commander.

Paul served in the army from January of 1963 to January of 1965. After his discharge he returned to Rouse Motor and worked there until his retirement on December 31, 2002.

Paul was a member of the First Presbyterian Church in Grundy Center and a past Trustee and Elder. He was a witty and fun person who always made great decisions. He enjoyed his family, golfing, family vacations at the Lake of the Ozarks and trips to Branson, Missouri. He will be dearly missed.

Paul is survived by his beloved wife, two children and five grandchildren, his brother, Don (Kayleen) and their son, Marty (Marci) of Grundy Center. Paul was preceded in death by his dad in 1992; his mother in 2001; and his niece, Beth in 2001.

To order memorial trees or send flowers to the family in memory of Paul Rouse, please visit our flower store.