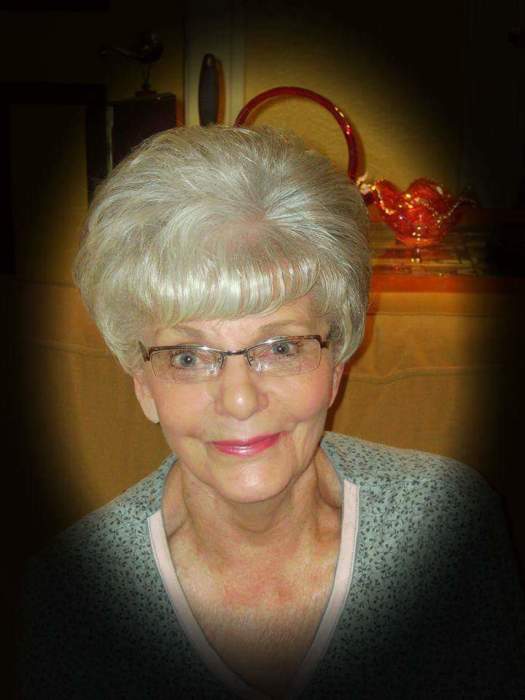 Patricia A. Will, 78, of Davenport, formerly of Grundy Center, passed away on Monday, March 5th at the Genesis East Medical Center in Davenport, after a lengthy illness. A private family service will be conducted and the family plans to hold a Celebration of Patricia's life at a later date. The Engelkes-Abels Funeral Home in Grundy Center is caring for Patricia and her family. For further assistance, you may call the funeral home at (319) 824-3319.

Patricia was born on August 15, 1939 in Waterloo, Iowa, to her parents George Jr. & Bernice (Struckmeyer) Colvin. She and her family grew up in Waterloo, where she attended school. In 1977, Patricia completed her education, proudly earning her GED at Hawkeye Community College. On December 27, 1957, Patricia was united in marriage to Thomas Will at the First Presbyterian Church in Waterloo. The couple welcomed two daughters into their family. Patricia and her family later moved to Grundy Center where she worked at a job she loved very much, being the school custodian at the Grundy Community Schools. For most of her life, she was a homemaker and caregiver, caring for her children and grandchildren, and at one point, her husband, who was facing his battle with cancer. Her husband Tom passed away on December 23, 1995.

Patricia enjoyed ceramics, crafting, cross-stitching, baking, cooking and had a love for music. She especially enjoyed listening to Gaithers. What brought the most joy to Patricia was her family and spending quality time with them, especially her daughters and many grand and great-grandchildren. She was also very involved in her church, and was a member of several Bible Studies. Patricia was a prayer warrior and very strong in her faith, even right up until her very last breath. Her transition into the next life was very peaceful and for that, her family is comforted.

To order memorial trees or send flowers to the family in memory of Patricia Will, please visit our flower store.
Open