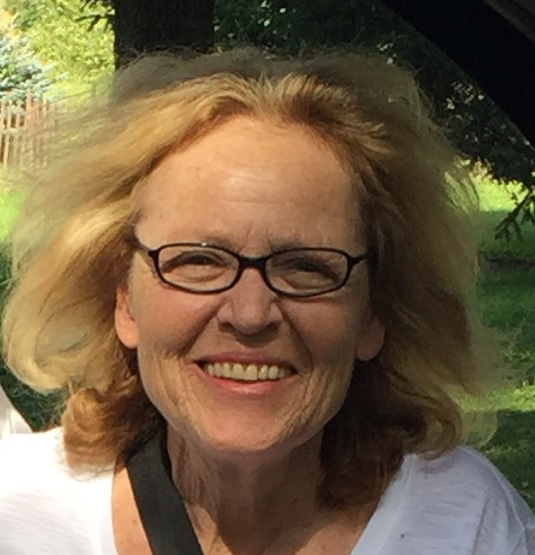 Patricia Sue Bakker, 66 of Pueblo, CO, formerly of Grundy Center, went home to her Lord on October 26, 2016 at The Oasis Assisted Living Home under the care of Campussus Hospice. A memorial service will be held on Thursday, November 17, 2016 at 10:30 A.M. at the First Baptist Church in Grundy Center with Pastor Nathan Barkley officiating. The family will be present for an hour prior to the service at the church for a visitation for family and friends. Immediately following the memorial service, inurnment will be held at the Rose Hill Cemetery in Grundy Center. Memorial donations may be made to the American Cancer Society or directed to the family as they develop a special way to honor Patricia's life. The Engelkes-Abels Funeral Home in Grundy Center is helping the family with arrangements.

Patricia "Pat" was born on February 10, 1950 in Waterloo, Iowa, the daughter of Vail & Lorraine (Taylor) Hess. She grew up in rural Grundy Center on the family farm, where she attended and graduated from Grundy Center High School in the class of 1968. Pat married Jerry Bakker in 1970, which they were later divorced. They welcomed a son into their family in 1975. Pat worked as the office manager for a dentist office for 25 years before retiring in the early 1990's. She also enjoyed volunteering for various civic events/causes in Grundy Center and was especially proud of her work on the Felix Grundy Festival.

Pat enjoyed helping others with their needs, which she always put before her own. She also enjoyed baking and cooking, especially for family and friends. What brought the most joy to Pat was spending time with her family, especially her son and daughter-in-law and her two grandchildren.

Pat is survived by her son Rob (Heather) Bakker of Waukee, IA and granddaughters Katelyn and Hailey Bakker. Also surviving are three siblings, sister Rebecca (Cork) Peterson of Reinbeck, IA, brother Douglas Hess of Pueblo, CO, and sister Judith Hess of Chicago, IL, along with a nephew, numerous cousins and other extended family. She was preceded in death by her parents.
To order memorial trees or send flowers to the family in memory of Patricia Bakker, please visit our flower store.