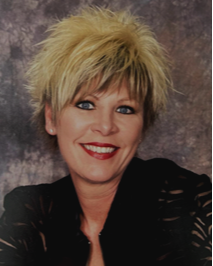 Pamela “Pam” Danette Fogt, 53, passed peacefully on Sunday, December 25, 2022, with her children by her side. Pam was born January 2, 1969, to Duane and Susan (Scott) Hamann. She spent her childhood living in rural Gladbrook. After graduating from Gladbrook High School in 1987 she attended the School of Hair Design. She married Ken Fogt, and they had two children Alexyss “Lexee” and Carter. The two later divorced. Pam met Jason Meyers from Grundy Center where they have resided for the past 14 years. Pam could often be found at the bowling alley, Scotty’s, or the golf course having a good time with friends. Her true joy in life was her two granddaughters Kinley and Madison. She loved spoiling her grandbabies and going along with whatever the little girls wanted to do.

Pam’s wishes were to have a private family service with a public Celebration of Life in the coming months.

To order memorial trees or send flowers to the family in memory of Pamela "Pam" Danette Fogt, please visit our flower store.