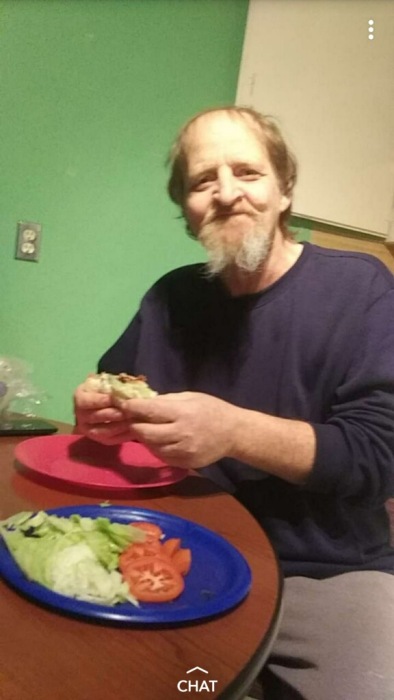 Otho Vern Graham, Jr., 53, of Eldora, passed away on Sunday, November 8, 2020, at the Cedar Valley Hospice Home in Waterloo, following a lengthy illness. A graveside service for Otho will be held on Saturday, November 14th at 11:00 AM at the Eldora City Cemetery. Following the graveside service, a luncheon open house will be held at Dorothy’s Senior Center in Eldora. Memorials may be directed to Otho’s sister Sandy Scharbarth at: 114 Overlook Cove Loop, Mooresville, NC 28117. Due to the COVID-19 pandemic, we encourage those in attendance to wear a mask and practice social distancing. Memories and stories of Otho can be shared with the family at www.abelsfuneralhomes.com

Otho was born on September 4, 1967 in Lake City, Iowa, to his parents Otho Vern Sr., and Iona (Courter) Graham. When Otho was 2, his family moved to Eldora, where he attended school. After his parents divorced, Otho and his father moved to Arizona and he attended high school for one year, before moving back to Eldora, graduating high school in May of 1987. Otho decided to move back to Arizona after graduation and began his construction career. While there, he met and married Patricia Cofield. The couple later divorced.

Otho returned to his hometown of Eldora, and worked construction for many years, until he fell ill three years ago and was forced to quit a profession, he loved so well.

In his free time, Otho loved riding his beloved Harley Davidson motorcycle. He enjoyed spending time with his family. When anyone came to visit him, he either had a candy bar for them, or a Little Debbie snack; it was just his thing! Many would say Otho was ‘rough around the edges’ and although that was true, he would help anyone who needed it; he would give them the shirt off his back. Otho was a truly generous and caring man and made many close friends along the way. He will be dearly missed, but his family finds comfort to know he is reunited with his brother, whom he tragically lost, 40 years ago.

To order memorial trees or send flowers to the family in memory of Otho Graham Jr., please visit our flower store.
Open