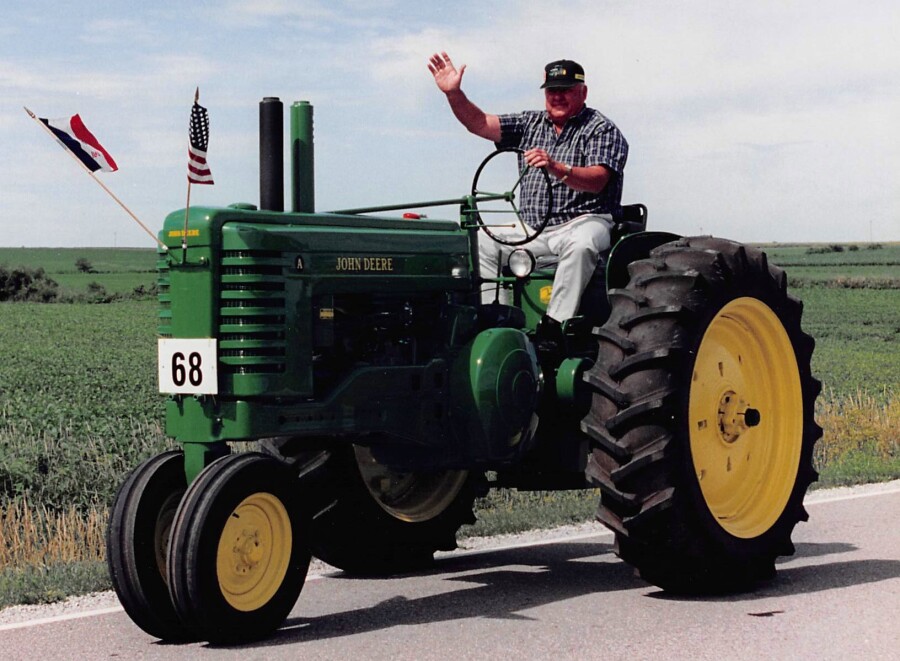 Norman D. Huisman, 80, of Wellsburg, passed away on Tuesday, March 8th peacefully at his home.

A funeral service will be held on Monday, March 14th @ 10:30 a.m. at the Wellsburg Reformed Church in Wellsburg, IA with Pastor Bruce Zimmermann officiating.  The visitation will be held on Sunday, March 13th from 1:00 to 3:00 p.m. at the church as well.  Interment will follow the funeral services at the Wellsburg Reformed Church Cemetery.  Memorial contributions may be directed in Norm’s name to his family which will be later designated elsewhere.  For further information or to leave an online condolence please visit www.abeslfuneralhomes.com.

Norman was born on March 6, 1942, in Wellsburg, Iowa, the son of Albert and Minnie (DeVries) Huisman.  He attended the German School # 7 before transferring to Wellsburg for junior high.  Norman graduated from Wellsburg High School in 1960 with his high school sweetheart, Donna Newell.  On October 12, 1963, Norman and Donna were married at the Methodist Church in Eldora.  Norman and Donna lived in Wellsburg from the time they were married in 1963 until they moved to Donna's family's farm in 1982 south of Wellsburg.

Norman worked for the Flessner's John Deere Dealer in Wellsburg and Mosley's John Deere Dealer in Conrad before partnering with Leland Heinrich in the development of H&H Implement.  Norman loved remodeling and repairing John Deere equipment, farming alongside his wife and family, watching NASCAR, and tinkering with his collectible tractors, trains, and racecars.  Norman often participated in antique tractor rides, traveled up north for snowmobiling trips and Canada for fishing trips, and in his later years he would spend a lot of his down time at lake Pondarosa.  Norm and the family are blessed to have Sara Winkowitsch and all of her love and support over the years.

In death he rejoins his wife, Donna, his parents Albert and Minnie, and his sister Marcella (Tom) Flessner.

To order memorial trees or send flowers to the family in memory of Norman Huisman, please visit our flower store.