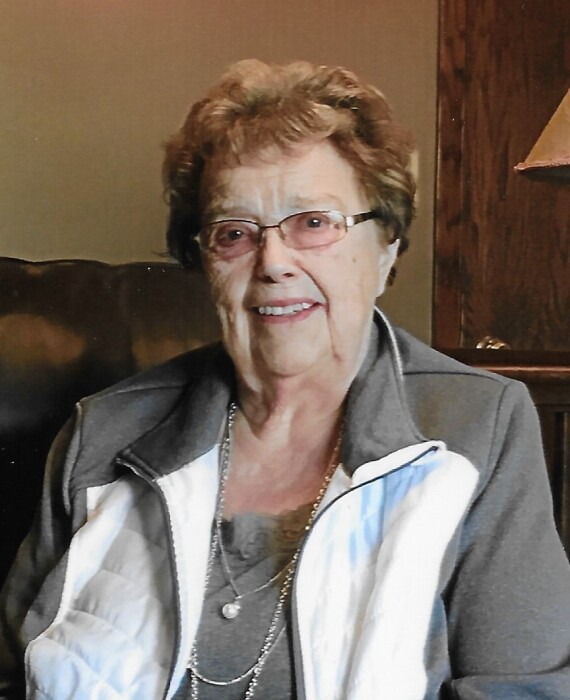 Norma Jean Hook, 83, a resident of Arlington Place of Grundy Center, passed away on Monday, October 19, 2020, of natural causes. Visitation for Norma will be held on Saturday, October 24th from 11:30 until the time of the funeral service at 1:00 PM at Colfax Center Presbyterian Church in rural Holland, Iowa. Interment will follow services at the church cemetery. Memorials may be directed to the family, where they will donate to a charity of their choice at a later time. Memories of Norma and messages of condolence may be left for the family at www.abelsfuneralhomes.com

Dennis and Norma lived in Des Moines from October 1956 to May 1957, where Dennis went to TV school and Norma worked at the Blue Cross/Blue Shield office. They moved to Waterloo until 1961, where Norma was a check-in girl at Varsity Cleaners. The lived on a farm in Lincoln Township until 1971, when they moved to the farm place by Holland. Later, in 1994, Norma and Dennis moved to Grundy Center, where they lived at 1503 Cantebury Circle.

She became a member of Colfax Center Presbyterian Church on April 2, 1961. Norma taught Sunday School, helped with Bible School, was a part of the Pioneer Club, sang in the choir, was a youth sponsor, part of Christian Educations, and also part of the Mariners young couple’s groups.

Norma enjoyed working outside and taking care of her flowers and her lawn. She enjoyed being with her family and she loved to go to activities that her grandchildren were involved in; their ball games-baseball, football, soccer, and basketball.

To order memorial trees or send flowers to the family in memory of Norma Hook, please visit our flower store.
Open