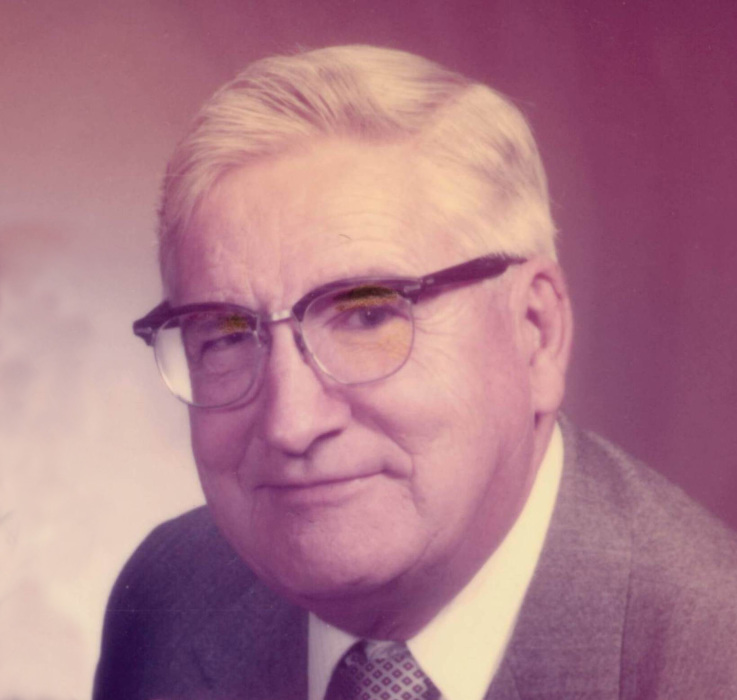 Nelson E. Nichols, 93, of Eldora, Iowa died Monday, March 12, 2018 at the Iowa Veterans Home in Marshalltown, Iowa.  A funeral service for Nelson will be held at 10:30 a.m. on Friday, March 16, 2018 at the Steamboat Rock Presbyterian Church with Pastor Lynn Arends officiating.  Burial will be held at the Eldora City Cemetery Memorial Edition in Eldora, Iowa with graveside military rites conducted by the American Legion-Walter-Sayer Post #182 and V.F.W. – Roll-Harless Post #3974 of Eldora.  Visitation will begin at 9:30 a.m. until the time of service on Friday at the church.  Creps-Abels Funeral Home is caring for Nelson and his family.

Nelson E. Nichols, son of Emmett and Celia (Morris) Nichols was born on August 2, 1924 in New Bloomfield, Missouri.  After his father’s death, he lived with his aunt and uncle where he attended country school until moving to Ackley, Iowa.  Nelson graduated from Janesville High School, where he met Mary Lois Sunderlin who he married on July 11, 1948.  Prior to his marriage, Nelson honorably served in the United States Navy during WWII, where he was stationed in Okinawa, Japan in the Pacific theater of action.  Following his discharge, he farmed for a few years before moving to Chicago where he attended Devry University, graduating in T.V. and Radio repair.  Nelson then opened his own business in Waverly.  After selling his business in 1962, his family moved to Ajo, Arizona where he installed the automation in the copper mining trains.  In 1968, he moved to Eldora where he worked at the Iowa Training School where he installed closed circuit television and taught a small class on electronics.  He then worked at the United States Post Office in Eldora where held many positions until his retirement in 1989.  Nelson enjoyed walking around Pine Lake, photography, music, computers and feeding the birds.

In addition to his parents and his stepfather, Eugene Siebold, Nelson was also preceded in death by his wife, Mary Lois Nichols and his daughter, Carol Carlisle.

Memorials may be directed to the family.

To order memorial trees or send flowers to the family in memory of Nelson Nichols, please visit our flower store.