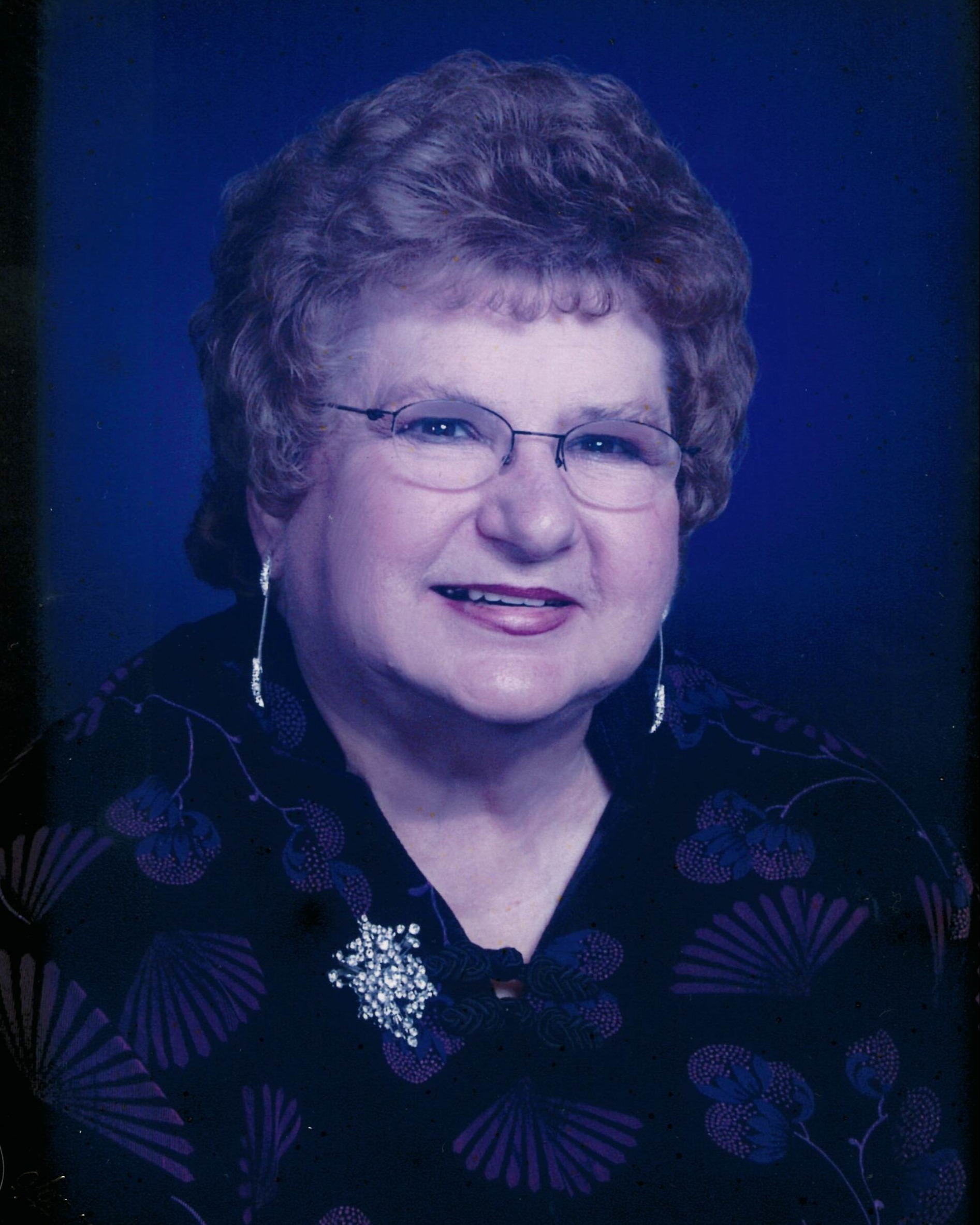 Nancy Louise Jansen Stensland, age 83, of Grundy Center, Iowa, passed away November 5, 2022, at Grundy County Memorial Hospital. She was born September 15, 1939, in Dubuque, Iowa, the daughter of Wm. Howard and Gladys (Koch) Jansen. She was named after her great grandmother and her grandmother. She graduated from Dubuque Senior High in 1956 and the Dubuque Beauty Academy in 1958. She married Orlin N. Stensland of Grundy Center on January 25, 1959, at Immanuel Congregational Church in Dubuque, Iowa. They have been married 63 years.

The couple lived all over Iowa for her husband’s surveyor assignments with the Iowa DOT road design department. They moved to Grundy Center in 1961. The family lived 38 years at 509 14th St, moving in 2002 to E. Avenue. In 2001, she retired after 14 years as head cook at GC Senior Center operated by Hawkeye Valley Area Agency on Aging. She was formerly employed at the Spokesman Press and John Reeves’ Crystal Bowl.

She was a member of the Grundy Center American Lutheran Church; past member of Grundy Center Lion’s Club and the Center Theater Association. She helped form the Center Theater Association in 1986 to keep the theater operational. On Friday nights for 27 years, she was a volunteer ticket seller as well as serving several terms of Theater Board President. She co-chaired several theater fundraising events; and for 3 years co-chaired the Felix Grundy Festival Parade committee.

She enjoyed visiting her sons and their families on occasions. She enjoyed quilting for church mission projects, and painting pictures. Her true passion was genealogy and she worked on it for 50 years. She traced her family histories and helped many people with research and investigation in their searches. Often, she referred to genealogy as a huge puzzle that used detective skills to put it together, never knowing when a clue would be found or a new distant relative located.

She answered the Lord’s call for her to leave a world of illness and pain. She will be sadly missed by her family and friends. Memorials may be sent to 1106 E. Ave, Grundy Center, IA 50638 to be shared with her favorite community projects.

To order memorial trees or send flowers to the family in memory of Nancy Louise Stensland, please visit our flower store.