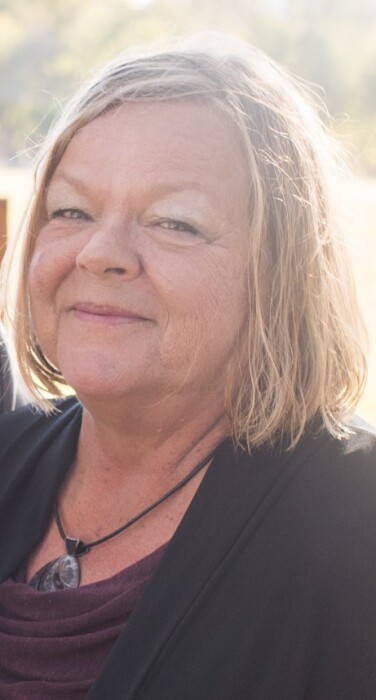 Myrna L. Veld, 69, of Steamboat Rock, passed away on the morning of Sunday, July 18, 2021, at Unity Point Health Allen Memorial Hospital in Waterloo.

Following Myrna’s wishes, cremation rites have been accorded and there will be a celebration of her life held at a later date.  Memorial contributions may be directed in Myrna’s name to her family which will be later designated elsewhere.  For further information or to leave a condolence please visit www.abelsfuneralhomes.com.  Creps Abels Funeral Home is caring for Myrna and her family.

Myrna Lea Radechel was born on August 30, 1951, in Iowa, the daughter of Cyrrel and Elaine (Merrill) Radechel.  She was raised and educated in the Grundy County School District, where she graduated from Grundy Center High School with the class of 1969.  Following graduation, Myrna went onto Hawkeye Tech in Waterloo. She graduated in December 1971 with Medical Laboratory Assistant and then received her radiology technician certification.  Then on November 10, 1973, Myrna was united in marriage to the love of her life, Marvin Veld, in Grundy Center, Iowa.  From this union two sons were born: J.J. and Jeremy.  Myrna was employed at Grundy County Memorial Hospital from 1972-1974 then transferred to Eldora Regional Medical Center from 1974-2000. Since the closure of Eldora Regional Medical Center, Myrna went back to Grundy County Memorial Hospital until her retirement at the age of 62. She was a hardworking woman, dedicating her working career as a lab and radiology technician.  She had a passion for gardening, painting, cooking, and her absolute joy was the time spent with her family and friends.

She is preceded in death by her parents, Cyrrel and Elaine Radechel as well as one sister, Donna.

To order memorial trees or send flowers to the family in memory of Myrna Veld, please visit our flower store.