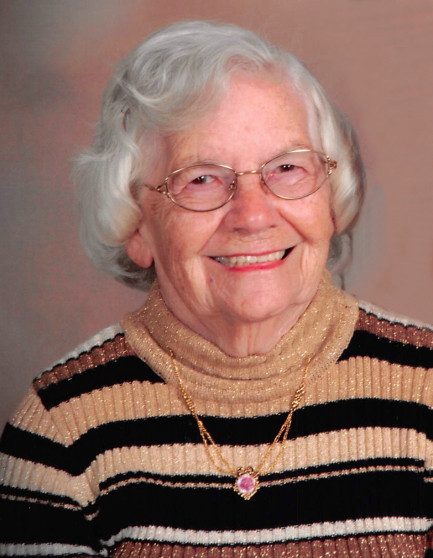 Mary Joy Harms, 89, of Eldora, passed away on Thursday, June 9, 2022, at her home in Eldora under the care of Cedar Valley Hospice. Visitation will be held from 5:00 p.m. until 7:00 p.m. on Wednesday, June 15, 2022, at the Abels Funeral and Cremation Service, Creps Chapel in Eldora. A Mass of Christian Burial will be held at 10:30 a.m. on Thursday, June 16, 2022, at St. Mary’s Catholic Church in Eldora. Burial will follow at St. Mary’s Catholic Cemetery in Eldora. Memorials may be directed to the family.

Mary Joy was born on December 3, 1932, in Wallingford, Iowa to her loving parents Ira and Georgia (Sayer) Cronk. She graduated from the Eldora High School in the class of 1952. Mary was united in marriage to John Harms on December 31, 1953, they made their home in Eldora and welcomed three children into their family. Mary worked at Dodger Industries for 18 years, retiring in 1989. After her retirement she focused on spending as much time with her family and babysitting her grandchildren.

Mary was a life-long member of St. Mary’s Catholic Church. She loved to play the organ and the accordion. However, her true joy in life was found in spending time with her family, especially her grandchildren and great-grandchildren.

Mary is survived by her devoted husband of 68 years, John Harms of Eldora; her children David (Ann) Harms of Union, and Lawrence (Diane) Harms of Dike; 5 grandchildren; 18 great-grandchildren; daughter-in-law Susan Harms; 2 sisters-in-law; and several nieces and nephews. She was preceded in death by her parents; son Mark Harms; infant daughter Lurae Joreen Harms; 5 brothers; and 5 sisters.

To order memorial trees or send flowers to the family in memory of Mary Harms, please visit our flower store.