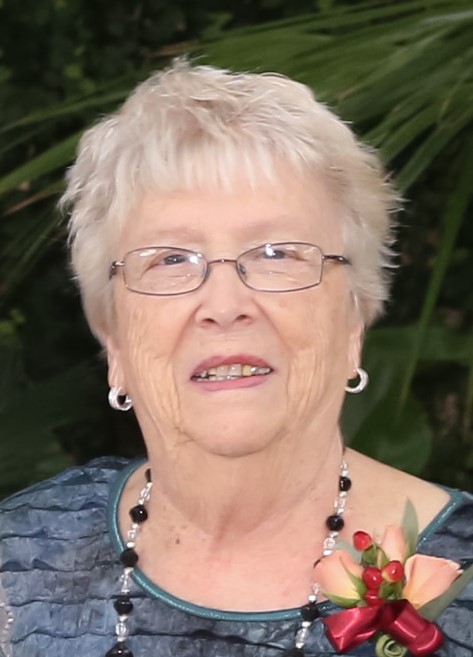 Marge was born in Wellsburg, Iowa on January 14, 1933. She was the daughter of Herman and Alice (Terfehn) Harrenstein. Marge was a graduate of Wellsburg High School class of 1951 and a proud member of the 1949 state-champion basketball team. She attended Ellsworth Community College in Iowa Falls.

On June 2, 1957, Marge married the love of her life, Thompson (Tom) Teasdale of Grundy Center. They had two daughters Nancy (Bonefas of Shenandoah, Iowa) and Betsey (Telios of St. Louis, Missouri). Marge spent several years working at the REC in Grundy Center before serving as a bookkeeper for Tucker Teasdale Electric.

Marge was an active member of the Grundy Center United Methodist Church, where she directed the choir for many years. She enjoyed being a homemaker and loved singing, sewing, canning, crafting and baking. Creating quilts for all to enjoy was her most rewarding hobby. Above all, she cherished music, love and laughter with family and friends.

A celebration of Marge’s life will take place at a later date.

In lieu of flowers and gifts, please give to the Grundy County Memorial Hospital Foundation in Marge’s honor.

To order memorial trees or send flowers to the family in memory of Marjorie Teasdale, please visit our flower store.