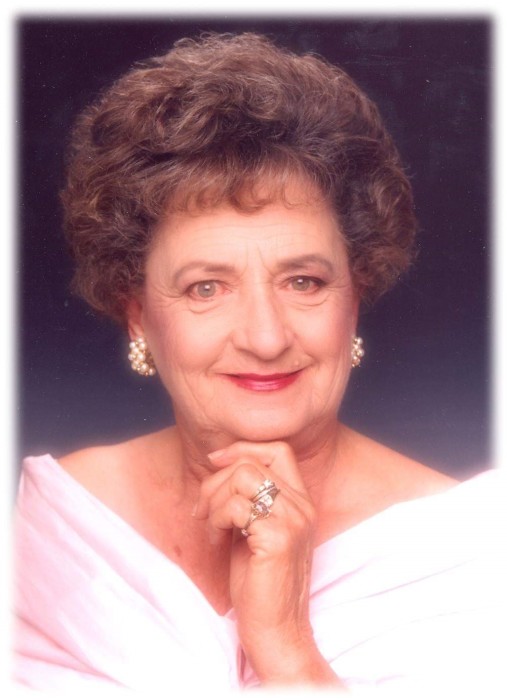 Marion Samo, age 96 of Grundy Center passed away Monday, June 3, 2019 at Creekside Living in Grundy Center due to complications of too many birthdays. Visitation will be held from 1:30 to 3:00 P.M. on Friday, June 7, 2019 at Abels Funeral and Cremation Service – Engelkes Chapel with burial following at Rose Hill Cemetery, both in Grundy Center. There will be no formal funeral services held.

Marion was born on September 29, 1922 in Traer, Iowa, the daughter of Louis and Blanche (Sevick) Halupnik. She graduated from Traer High School in 1940 where she enjoyed being a cheerleader with her twin sister, Marcy.

In August of 1941, she was united in marriage with Carl William Samo at St. Paul Catholic Church in Traer. To this union, four children were born. Over the years, the couple farmed together and wintered in Mission, Texas for 47 years.

Marion enjoyed golfing and was the first woman to hit a hole-in-one at the Town and Country Golf Club in Grundy Center in 1968. She also spent many years sewing, gardening, fishing at Lake City and loved to Polka dance. Marion also spent many hours visiting other residents in area nursing homes.

She was preceded in death by her parents; husband Carl; one son, Paul Dean; one daughter, Karen Himes; one grandson, Chris Cretin; three brothers and four sisters.

Memorials may be directed to the family.

To order memorial trees or send flowers to the family in memory of Marion Samo, please visit our flower store.