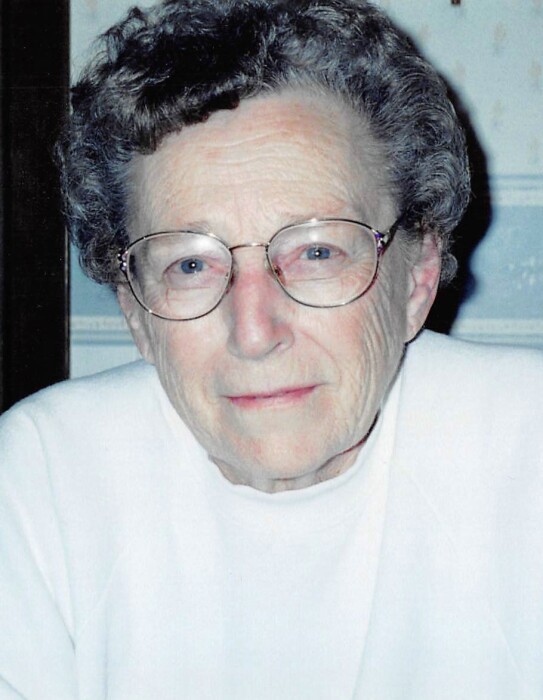 Marian was born on January 18, 1925 in rural Beaman, to her parents Harry and Ella (Wiener) Lynch. She was raised in rural Grundy County and graduated from Grundy Center High School in the class of 1942. She then attended the University of Northern Iowa. She worked for 2 years in a one room schoolhouse in Grundy County.

Marian then married Eldon Meyer on June 15, 1944 and they welcomed three children into their family. They later divorced. She then worked for the Grundy County Sheriff’s Office and at Cedar Falls Utilities, both as a dispatcher. She was remarried to Max McCubbin on December 3, 1965. She helped Max on their farm, and they spent 13 years together until they divorced.  Marian then worked at a care center in Marshalltown and taught for 2 years in Laurel. When Marian’s mother Ella, became ill, Marian and her sister Marjorie became Ella’s primary caregivers. After Ella was admitted to the hospital, Marian got a job at the Grundy County Memorial Hospital in the cafeteria, just to be close to her. Upon Ella’s death, Marian decided to retire and enjoy her later years.

To order memorial trees or send flowers to the family in memory of Marian McCubbin, please visit our flower store.